DUI charges filed in fiery wrong-way crash on I-295 in West Deptford, N.J. 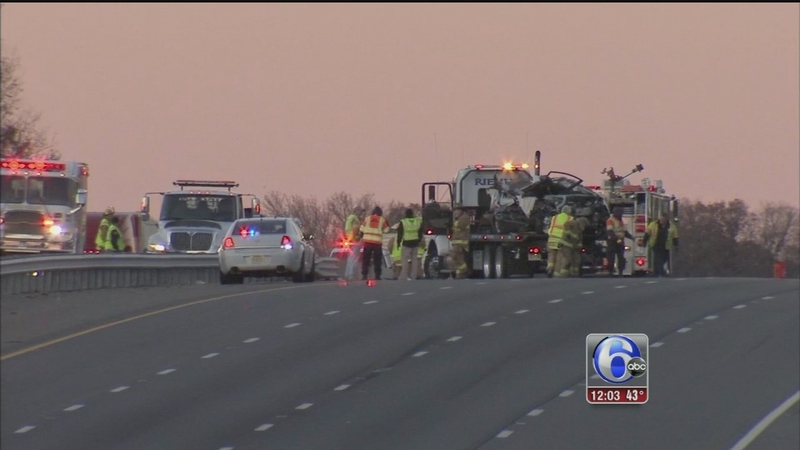 Police say 26-year-old Eileen Dougherty of Boothwyn, Pa. was driving her Toyota Prius northbound on I-295 South when she slammed head-on into the Ford pickup truck driven by Mark Rohrbach of New Jersey.

Police say Rohrbach managed to jump out of his pickup before it burst into flames.

Dougherty was trapped for a short time and needed to be extricated.

Both were taken to area hospitals with non-life-threatening injuries, as state police investigated what happened.

"She literally would have got to have gotten on the exit wrong," said motorist Butch Muhlbaier of Blackwood, N.J. "I don't know what they'll find when they get to the hospital. I just can't imagine intentionally going wrong way on an exit."

"Somebody could have died," said Jamere Metts of Sharon Hill. "People have died before on 295."

The southbound lanes were shut for hours, with traffic diverted off the highway.

"I work in Delaware," said Muhlbaier. "I drive down there 5 days a week. Nothing surprises me on 295."

Dougherty has been charged with Driving Under the Influence and other offenses.