WPVI
LACEY TWP., N.J. (WPVI) -- The escaped inmate who had been the subject of a massive manhunt in New Jersey is back in custody.

Chopper 6 was over the scene around 11:30 a.m. Monday as 38-year-old Arthur Buckel was taken into custody.

About 20 police officers surrounded him next to a black SUV pulled over in the northbound lanes of the Garden State Parkway near Double Trouble State Park in Ocean County.

Buckel was taken into custody without incident, according to police.

He was quickly placed in a van from the Department of Corrections.

Lacey Township Police Chief David Paprota said a passing motorist called saying he spotted someone in the nearby woods. A corrections officer and detective responded.

"Detective Pierce observed the subject in the woods, about 60 to 100 feet back in the woods. At gunpoint, he gave him very firm directions. Arthur Buckel complied and the state corrections officer was able to place him in handcuffs," Paprota said.

According to Lacey Township Police, Buckel was at the rest stop after communicating to New Jersey State Police through family members that he wanted to turn himself in.

But, police say, he left the rest stop before state police arrived.

Neighbors said there was an intense search overnight that ran until about 2 a.m.

"Helicopters were directly over this development, searching with their lights along the wooded area" said Linda Scheltz. "I also saw them going along the Parkway area."

According to Lacey Township Police, Buckel was at a Garden State Parkway rest stop after communicating to state police that he wanted to turn himself in.

New Jersey State Police had set up a command post in nearby Berkeley Township to coordinate monitoring of the area along the Parkway.

Buckel escaped from the Ancora unit of Bayside State Prison in Winslow Township, Camden County, on May 3rd. Authorities are not yet sure how Buckel was able to get loose.

One day later he was spotted at a CVS store on W. Bay Ave. in Barnegat Township, New Jersey.

Buckel was serving a sentence at the minimum security lockup for aggravated assault.

We've also learned he once served time for manslaughter for killing a crying baby. 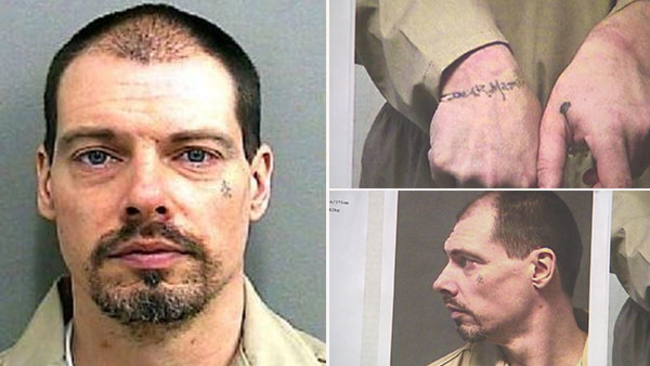