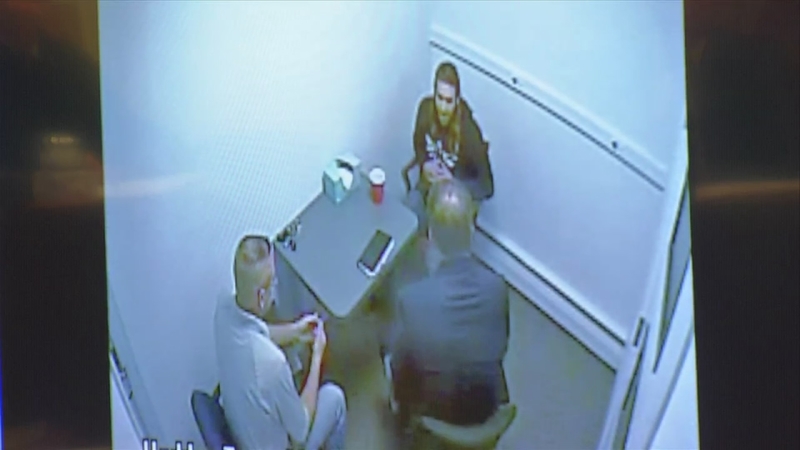 The jury watched a video recording of Creato taken at the police station the morning his 3-year-old son, Brendan Creato, was found dead.

The first witness to take the stand was a Camden County homicide detective, Michael Rhodes, who was the lead detective in the case. He arrived at Cooper River Park after Brendan was found dead on the morning of October 13, 2015.

Rhodes said he saw the boy in his pajamas, partially submerged in a creek about a half mile from his father's Haddon Township apartment. Brendan's socks were clean.

While Rhodes was on the stand, prosecutors played the video recording of D.J. Creato in the interview room at the township police department. The recording started before Creato was notified that his son had been found.

Creato alternates between sitting quietly and crying. He speaks with members of the Haddon Township Police Department. At one point Creato tells them he thinks it's unlikely that Brendan wandered away because he was afraid of the dark.

Then, around 10:17 a.m. that day, Detective Rhodes arrived in the room and notified Creato that Brendan had been found dead. Creato responds by standing up and crying out "No! No! No!" repeatedly.

Creato and detectives then proceed to review Creato's timeline from the previous day, including how he had read Brendan three Dr. Seuss stories before putting him to bed on the living room couch.