Baltimore resident: Today is really the beginning of something new hopefully, so I'm encouraged today.
WPVI BALTIMORE (WPVI) -- On Tuesday, the clashes between protestors and police have been brief in Baltimore, but it shows tensions are still high as we move into the night.

One ATM was damaged and stores were looted before they were set on fire by rioters.

"I understand the anger, but to get answers how can you get it by doing this?" Baltimore resident Mark Gray said.

In the light of day, residents cleaned up parts of hard hit Northwest and West Baltimore, embarrassed of what the world saw last night.

The police response will grow exponentially tonight with officers coming from all over including New Jersey, prayer rallies are planned.

"We'll be praying tonight that we can bring peace within the city so that's a start where we couldn't get to them at first," Bishop Napoleon Rush of the Miracle Worship Center said.

Meanwhile, the attorney for the family of Freddie Gray, the man who died in police custody, says he understands the angry protests, but he has urged Gray's loved ones and this community to be patient.

"But we're impatient, we have a right to be impatient, but it will still not be smart to insist that this be rushed or that we get immediate answers," attorney William Murphy said.

A citywide, weeklong curfew goes into effect at 10:00 p.m. tonight.

Faith leaders, including a pastor from Philadelphia, say they will do what they can to prevent an outbreak of violence. 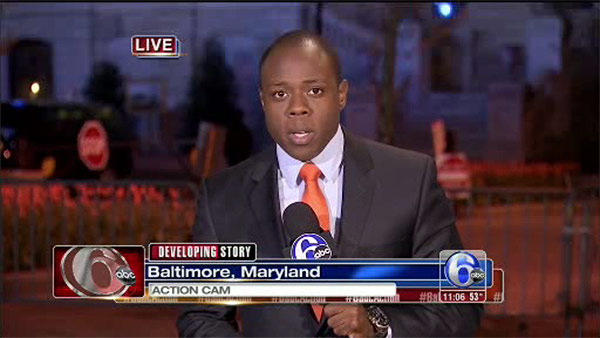