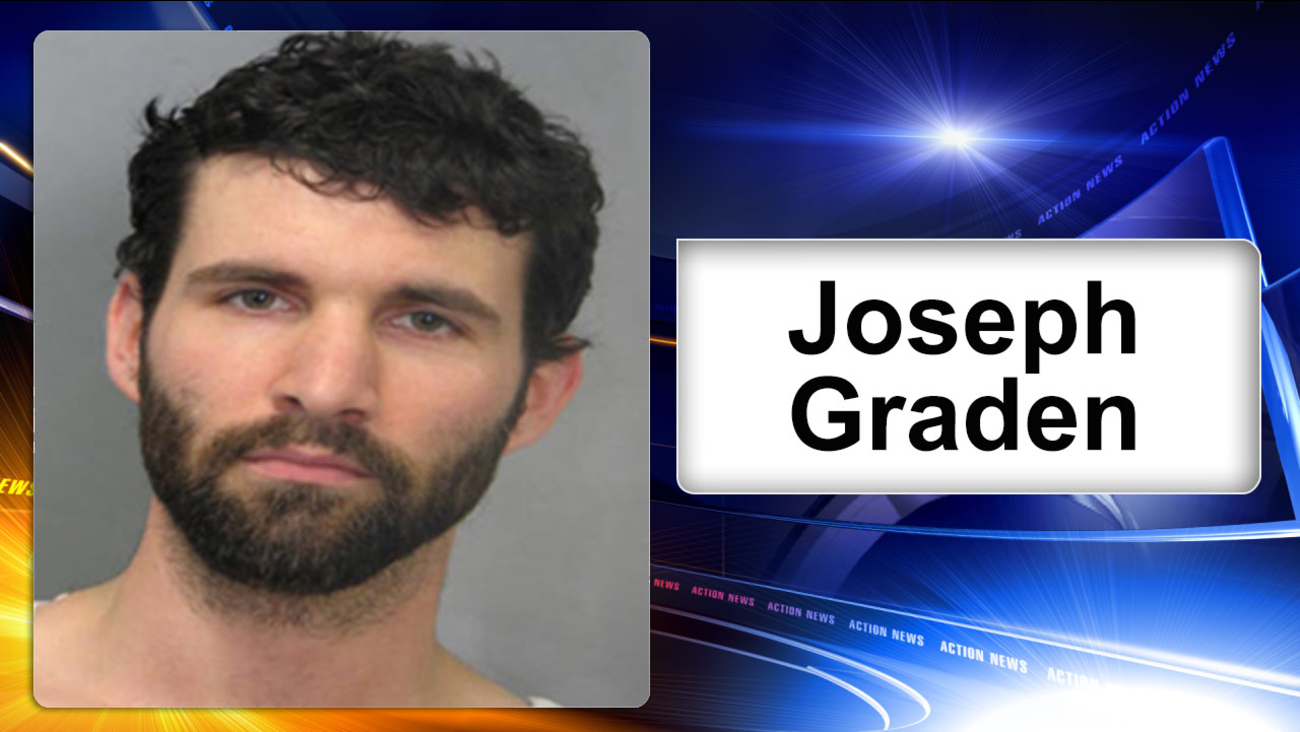 WPVI
DOVER, Del. (WPVI) -- A man was arrested twice in three hours for breaking into vehicles at a hospital in Dover, Delaware.

Police say it was reported that 28-year-old Joseph Graden was breaking into vehicles.

Security officers from the hospital contacted Graden who fled on foot.

He was later found hiding in bushes on the property and taken into custody.

During the investigation, it was discovered that Graden had broken into a Ford Escape and left a backpack inside the vehicle.

The backpack contained his driver's license and wallet.

Police say Graden also damaged the exterior of the vehicle while breaking in.

Graden was later released after being arraigned.

Three hours later, Graden was found rummaging through an employee of the Dover Police Department's vehicle in front of the station.

The employee notified officers who ran to the vehicle. Graden took off on foot, but was later captured.

Police say he also caused damaged to that vehicle.