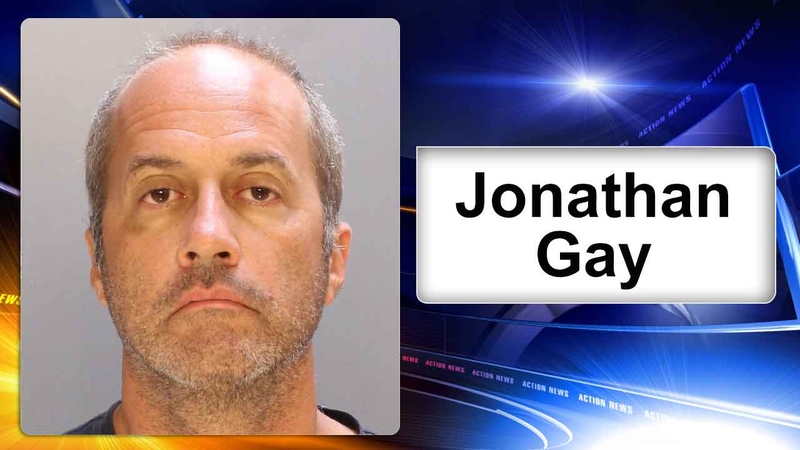 RITTENHOUSE SQUARE (WPVI) -- Police have charged a man with carjacking a cab and driving it through Rittenhouse Square before crashing earlier in the week.

Police say a 42-year-old cab driver was dropping off a 49-year-old passenger on that block of Locust Street around 3:20 p.m. Monday.

When the driver pulled up, police say Gay approached the taxi, opened the rear passenger door, and grabbed the passenger from the rear seat by her hair.

"When she paid me, he came to the passenger side door, and grabbed the lady from her hair, from her collar, and dragged her on the street," cab driver Michael Emmanuel told Action News.

The cab driver along with a bystander went to assist the passenger.

"He took off his clothes, opened the door, ran in the car, and drove off," Emmanuel said.

Emmanuel chased after the vehicle and saw Gay strike two vehicles that were parked on Locust Street.

Police say Gay drove the taxi into Rittenhouse Square through the 19th and Locust streets entrance.

Video from Linus Schill/BLT Films of a cab careening through Rittenhoouse Suare.

Gay then drove through Rittenhouse Square and exited through the 18th and Walnut streets entrance into oncoming traffic, striking a vehicle that was traveling westbound on Walnut Street.

At that time, residents and those walking by held Gay at the scene until police arrived.

Viewer video of residents and passersby trying to restrain the man, who allegedly stole this cab, as they wait for police to arrive @6abc pic.twitter.com/wCn4S98Ijt

Gay was transported by police to Hahnemann University Hospital for minor injuries sustained from the accident. 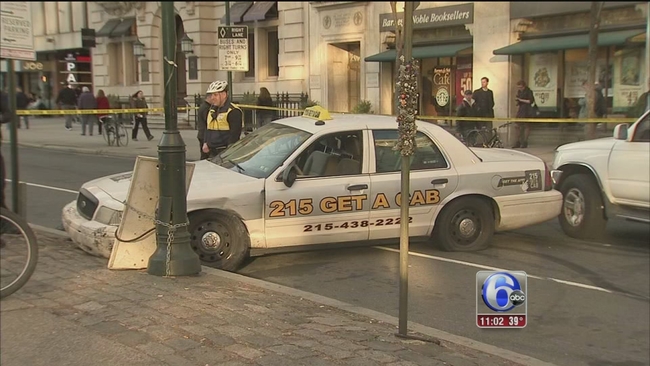