2 suspects sought after man gunned down in Juniata Park 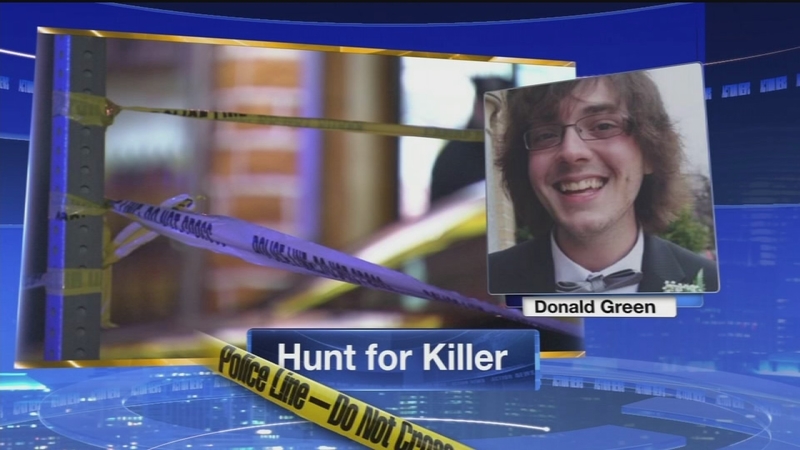 JUNIATA PARK (WPVI) -- Police say two men are wanted in connection with the robbery and shooting that left a 20-year-old man dead in the Juniata Park section of Philadelphia Wednesday evening.

Police say Donald Green was leaving Edwards Grocery store when he was hit at point-blank range.

The shooting happened around 8:15 p.m. on Neilson Street and Hunting Park Avenue.

Police say Green, a 2014 Roman Catholic High School graduate, and his 19-year-old friend were the victims of a robbery.

Police found Green unresponsive in the doorway of the store with multiple gunshot wounds, just two blocks away from the home he shared with his parents.

Officers rushed him to Temple University Hospital where he was pronounced dead.

Green's loved ones tell us they remember him as a good man who loved music and his family.

A display of candles and messages covered the brick wall where Green was shot Friday night, remembering the man friends and family called "Ducky."

"He was the family jokester. Always had a smile. So much love, light. He was phenomenal," said Laura Kelly, Green's aunt who spoke on behalf of his mother. "They took the light out of our family when they took our Donald."

"He wouldn't hurt a fly. He really just stayed to himself, didn't bother anybody. It's just sad, it's just senseless violence," said Vick Kelly, friend.

On Friday night the family pleaded for justice as police search for Green's killers.

"Just turn yourself in. If anyone knows anything, just report it so we can give Donald his proper goodbye," said Laura Kelly.

One suspect is described as a light complexioned black male, 19 to 20 years old, 6 feet tall with a thin build and no facial hair. He was seen wearing dark pants and a dark grey hooded sweatshirt.

The second suspect is described as a light complexioned black male in his mid-20s, 5 feet 6 inches tall with a stocky build. He was seen wearing a black pea coat, dark skull cap and black boots.