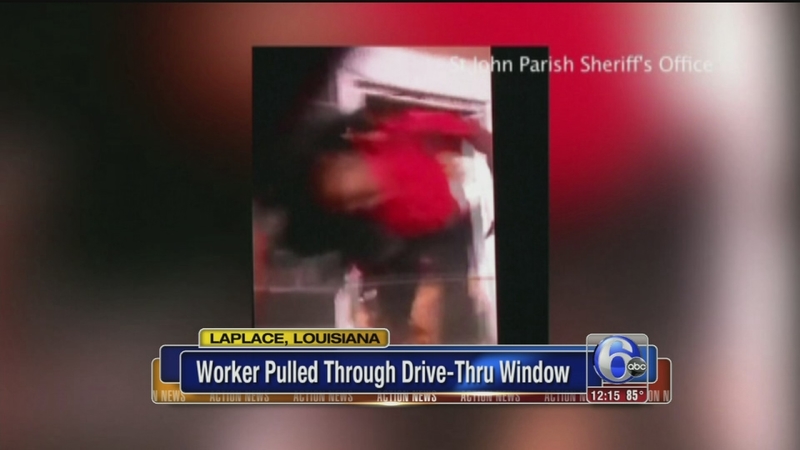 The video was recorded at the restaurant in LaPlace, Louisiana.

The suspects can be seen yanking the 16-year-old worker through the drive-thru window by her hair and punching her several times.

A 20-year-old girl, her 18-year-old sister and a 16-year-old who were in the car were charged with disturbing the peace.

The 17-year-old girl who allegedly grabbed the worker is charged with second degree battery.

Authorities say tips from the community helped track down the suspects.