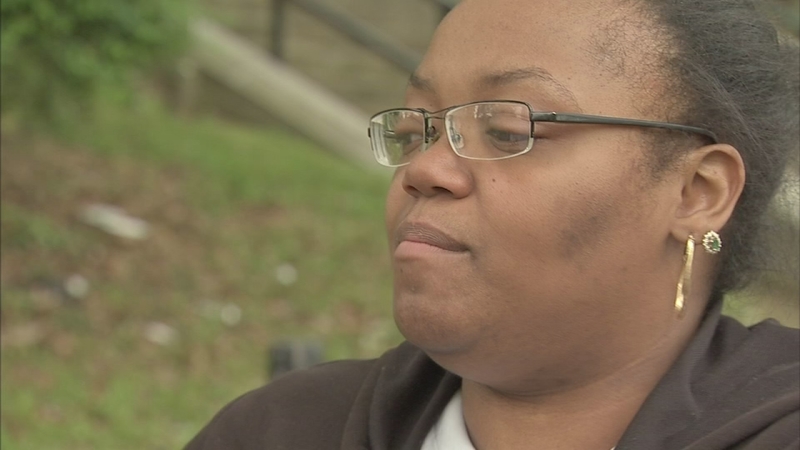 GERMANTOWN (WPVI) -- A mom who found the body of her 10-year-old son Thursday night, after he hanged himself in the Germantown section of Philadelphia, spoke to Action News.

His family says the boy, Malik, took his own life by hanging himself in his bedroom closet.

"We need to take every incident serious because nine times out of 10, your child is not telling you the full story," said Tynisha Kelly.

Kelly and her family spent most of the morning inside Malik's school, the Samuel Pennypacker School.

According to Kelly, Malik left a note in his bedroom, saying this was all because of the bullies at school.

She says the reason why she felt compelled to talk is to reach out to parents.

"He spoke about it here and there, but it was never a thing of, 'Mom, I'm being bullied or picked on constantly,' said Kelly.

Kelly also says her son was one to keep to himself. If he was experiencing major problems, he'd likely bottle it up inside.

We also spoke with Malik's, aunt Atiya Rhodes. She could barely speak through her tears.

"He was so loving. Anybody that knew Malik, he touched them," said Rhodes.

Right now, the family and school say they're cooperating with Philadelphia Police in the investigation.

While that happens, Kelly says bullying has to be addressed.
She said, "Talk to your kids, let them know that bullying and picking on is not cool, and if they are being bullied open up, don't hold that stuff in."

The school team of counselors were there to help the students.

The reason why Malik's family spoke with us is to get parents talking to their kids about bullying.

They hope this can make a change.