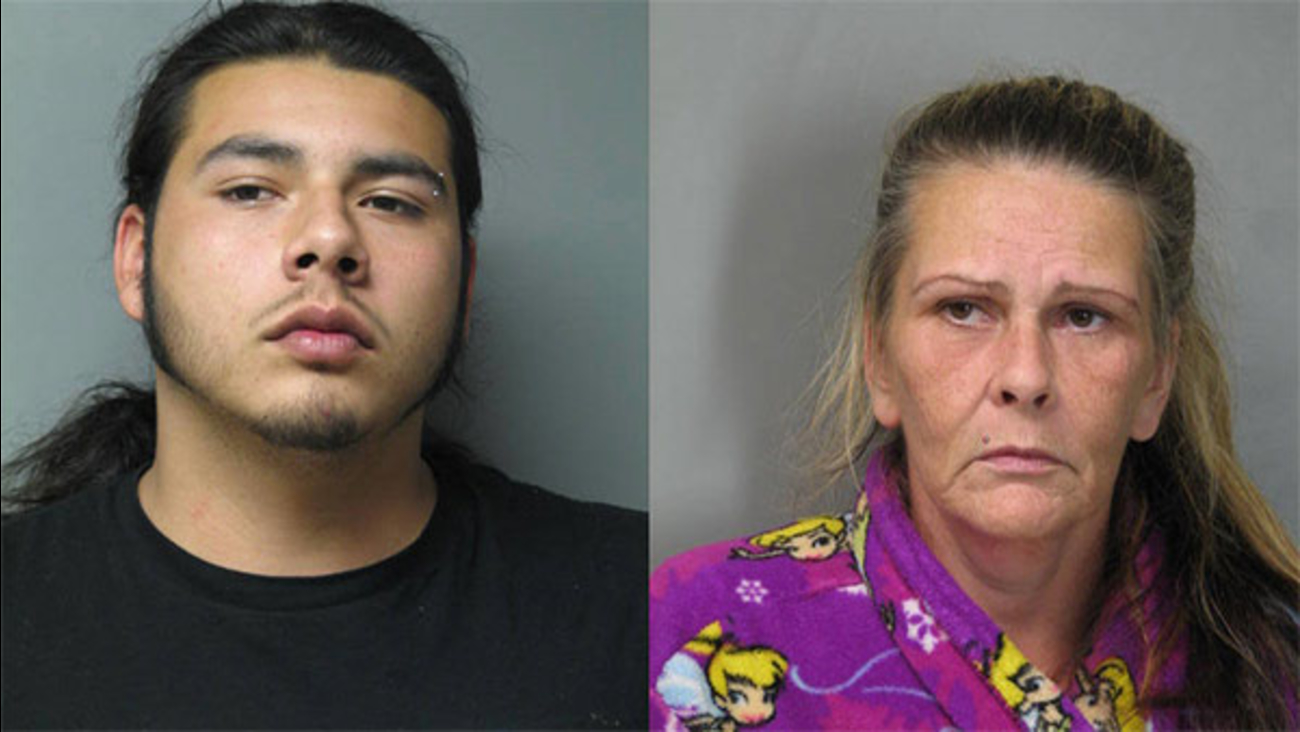 FELTON, Del. (WPVI) -- Delaware State Police say a mother and son are facing drug charges after a month long investigation in the illegal sale of marijuana from a home in Felton.

Authorities say they found 228 grams of marijuana, drug paraphernalia, a 9mm handgun with one round in the chamber, a muzzle loader rifle, and over $590 cash in the home.

Jose Jimenez was charged with Possession with Intent to Deliver a Controlled Substance, two counts of Possession of a Deadly Weapon by a Person Prohibited, and Possession of Drug Paraphernalia.

Cynthia Jimenez was charged with Possession with Intent to Deliver a Controlled Substance and Possession of Drug Paraphernalia, which stemmed from an incident that occurred on July 24, 2014 when she allegedly sold approximately 7.9 grams of marijuana to an undercover trooper at the residence.

Police are also investigating a shooting at the Jimenez home in the early morning hours of Sunday, August 31st.

Troopers were called to the home for the report of a shooting. A disabled vehicle was found approximately a half mile away from the house with four bullet holes, one of them striking the radiator.

Police say the four occupants of the car - three 18 year old females and an 18 year old male - were not injured, and were unable to give a description of the shooter.

The investigation revealed that there was a party at the Jimenez home and when an altercation broke out, shots were fired.

Anyone with information in reference to this incident is asked to contact police at 302-741-2810.
Related topics:
feltonmarijuanadrug bustdel. news
Copyright © 2020 WPVI-TV. All Rights Reserved.
More Videos
From CNN Newsource affiliates
TOP STORIES