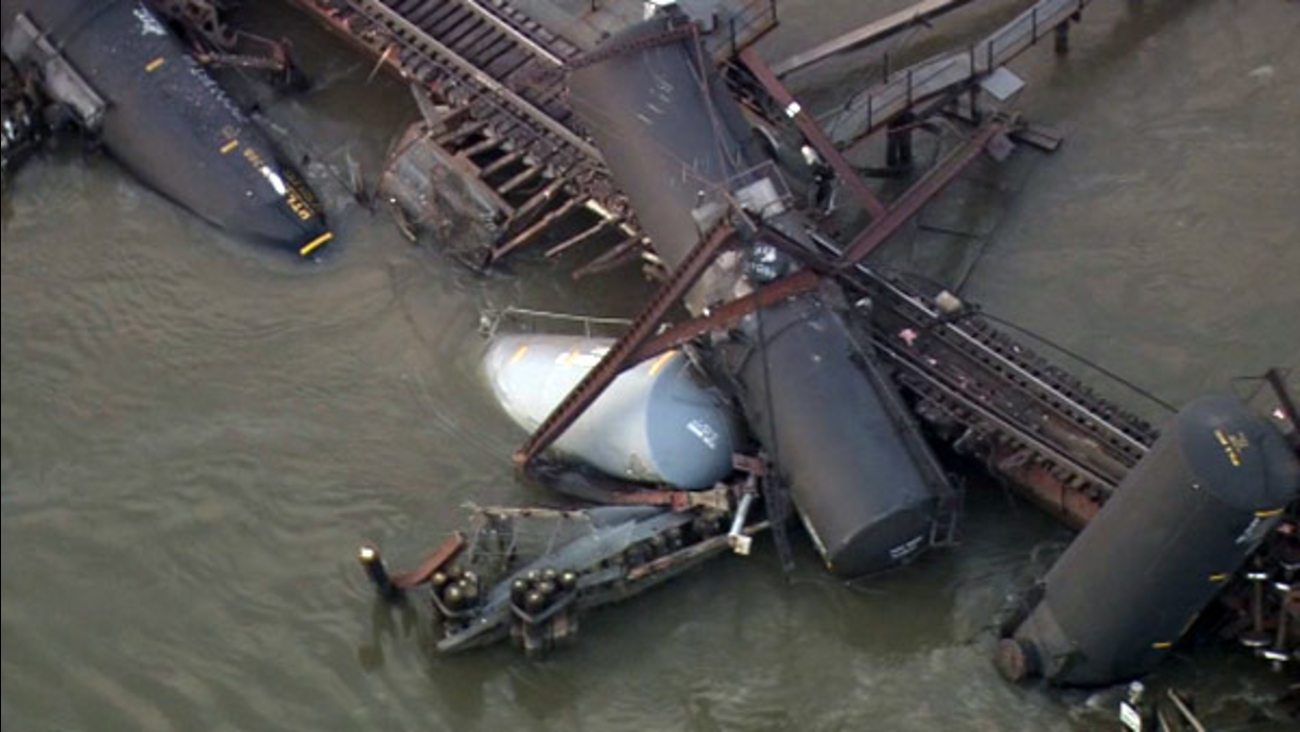 Tanker cars derailed on Nov. 30, 2012 on a bridge in Paulsboro, releasing vinyl chloride into the air. Much of the community was later evacuated.

CAMDEN, N.J. -- The first trial related to a train derailment that released a dangerous chemical in Paulsboro, New Jersey nearly three years ago has been set for Nov. 16.