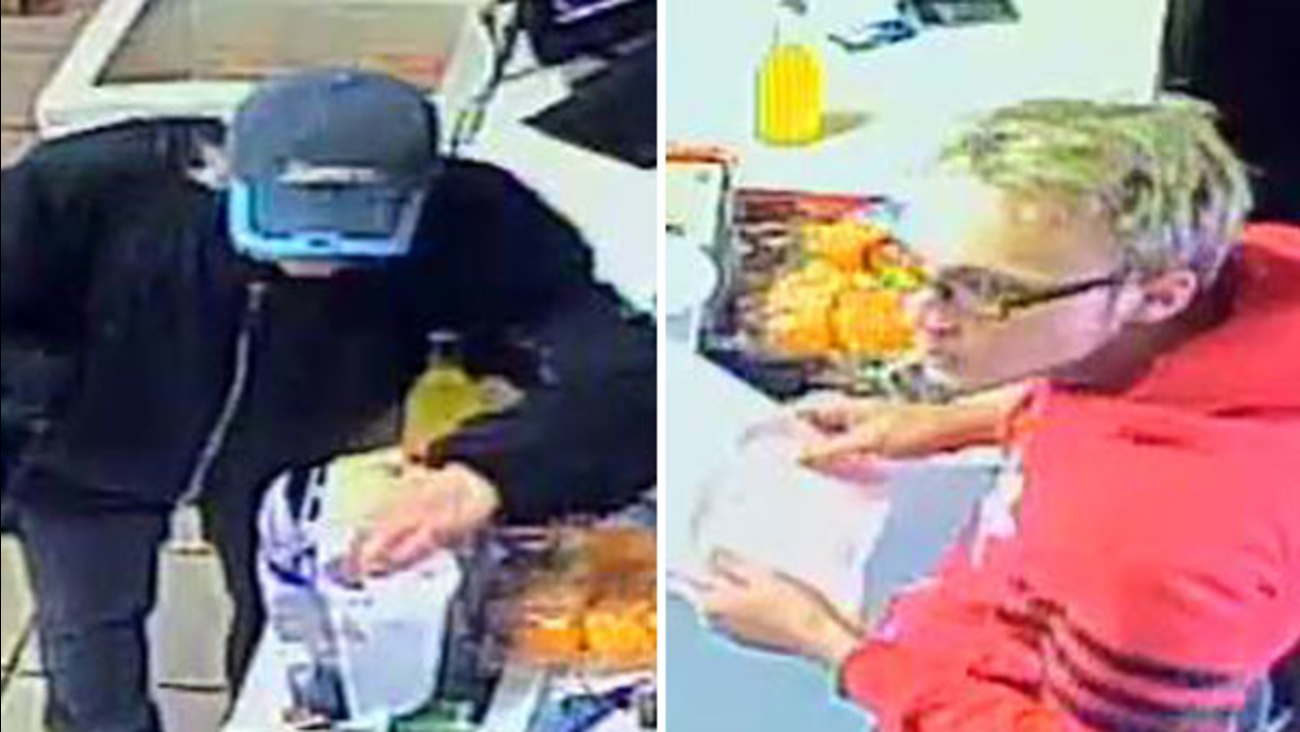 LANSDALE, Pa. (WPVI) -- Police are looking for the woman who stole charitable donations from a jar and the man who was with her.

The theft happened at 12:45 p.m. on November 6th at Christian's Grocery on the 100 block of Walnut Street in Lansdale, Pa.

Police say the woman stole the money and, when confronted by the store's owner, the man began to argue with her.

Both fled after the owner said she was calling police.

The owner told police the jar was used to collect donations for the poor, with about $60 inside.

The woman appeared to be in her late 40's or 50's wearing dark sunglasses, a green/blue baseball hat, black jacket and pants and carrying a dark bag.

The man is described as being in his early 20's with a slim build, glasses and dyed hair. He was wearing an Adidas zip up hoodie with three dark lines running horizontal around it and dark pants with multiple zippers.