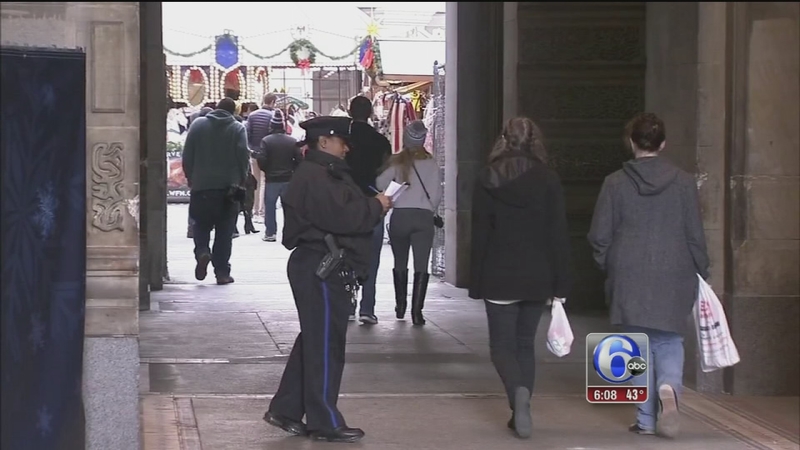 The incident was reported around 12 p.m. Sunday.

A Christmas Village worker tells police he was sweeping up around the building on the South Broad Street side, when he saw two men attempting to climb through a window on the first floor.

The worker yelled at them, and ran to get to City Hall security.

Once security arrived, the two men were gone.

"I had no idea, and I've been here the whole entire day," said Tanya Mecias from Miami, Florida.

The incident has residents and out-of-towners, visiting the popular Christmas Village lining the outskirts of the building, stunned.

"Because there's so many people down here, and there's security everywhere, so I can't believe," said Jessica Dalessandro of Northeast Philadelphia.

First-floor City Hall bathrooms are open to the public during the annual Bazaar, but the entrances are guarded by security, and the restrooms don't appear to be in the same area, where the two suspects were spotted.

It is not clear what, if anything, was taken at this time, and no damage was reported.

Right now there's no physical description of the suspects.