WPVI
By Dann Cuellar
WILMINGTON (WPVI) -- Sources tell Action News police have the name of the gunman who shot and killed a 15-year-old boy in Wilmington, Delaware, and are actively looking for him.

Brandon Wingo was a 9th-grade student at the Howard High School of Technology. He was gunned down just after school let out on Thursday afternoon.

The teen suffered three gunshot wounds to the head. The crime scene was just a few blocks away from school.

While social media sites were abuzz about what happened and why, Bradley Wingo says his son never spoke to him about any threats on his life.

"I told him about hanging out with the wrong kids, everything. And most of the kids were just basketball players that he played with over the years, and that he became friends with," Bradley Wingo said. "But as far as violence or anything like that, from what I know, nothing."

Word of Brandon's killing quickly spread throughout the student body.

"I went to my baseball game, and when the game was over our coaches talked to us about what happened," said Raymere Steward.

The killing comes just weeks after the death of sophomore Amy Joyner-Francis, a 16-year-old girl who died after being beaten by three girls in the school's bathroom. 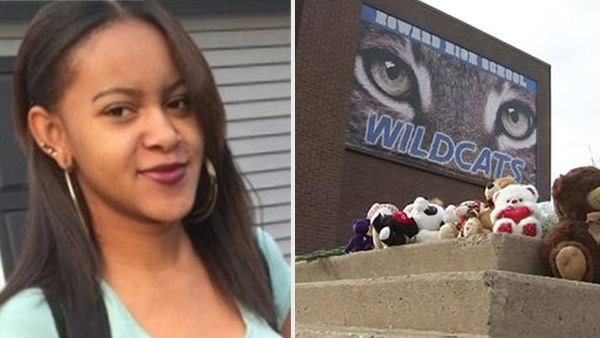 Brandon had previously attended Nativity Preparatory School, a tuition-free, private school for low-income boys, where the principal spoke glowingly about him.

"He noticed a kid didn't have enough clothes, and just started giving him his, and washing them. He didn't tell anyone about it," said Webster. "If he saw the right thing to do, he would just do it."

Some of Brandon's former classmates at Nativity Prep were getting grief counseling late Friday. Among them was the 14-year-old son of Colleen Leda.

Action News was there as investigators combed the neighborhood block for evidence of who pulled the trigger.

"I heard pow, pow, pow, pow, and I was like 'that sounds awful close to home,'" said Lynette Kornagay of Wilmington. "I went to go look outside, and I seen the individual lying there on the ground and I heard everybody screaming."

"I just heard these three shots - pow, pow, pow - and when I walked down, I seen the boy shot in the head," said Nahfi Hairston of Wilmington.

Principal Stanley Spoor says, "All of the Howard community is pained by the loss of this young man and we all grieve his death. Please keep the family in your thoughts and prayers."

A $10,000 reward is being offered for information leading to an arrest.

Anyone with information is asked to contact police at 302-576-3653 or 302-576-3939. Anonymous tips can also be sent by text message to 888777.
Related topics:
wilmingtondelaware newsshooting
Copyright © 2020 WPVI-TV. All Rights Reserved.
More Videos
From CNN Newsource affiliates
TOP STORIES