Son, 22, charged with shooting father during drive on Schuylkill Expressway 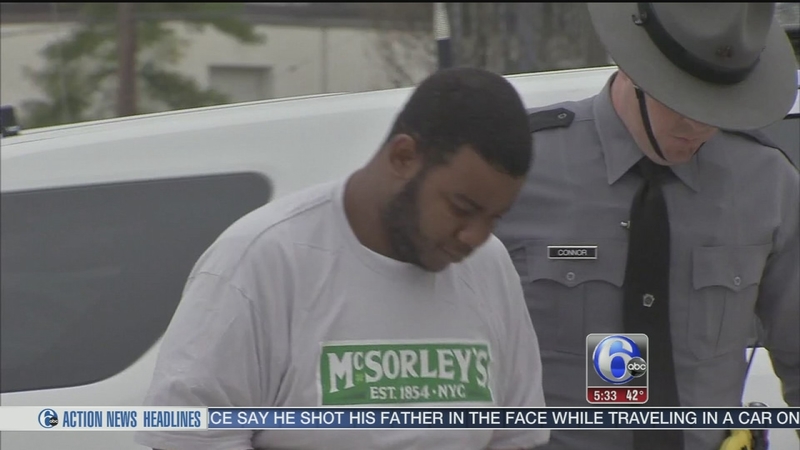 WEST CONSHOHOCKEN, Pa. (WPVI) -- A 22-year-old man has been charged with aggravated assault after state police say he shot his father in the face while traveling in a car on the Schuylkill Expressway.

Kymere Corbin, of the 2000 block of South Bonsall Street in South Philadelphia, is being held on $500,000 cash bail.

On his way to court Wednesday Corbin denied shooting his father but police paint a different picture.

The incident happened at 5:45 p.m. Tuesday on I-76 West near Spring Garden Street in West Conshohocken.

Police say Kymere Corbin was riding in the back seat of a white 2010 Buick Lacrosee being driven by his father, Elbert Corbin, Jr.

In the passenger seat was Tanya Bates, who a family friend has identified as the suspect's mother.

Investigators say the elder Corbin was driving his son to the Malvern Institute in Malvern, Pa. to receive treatment for drug and mental health issues.

During the ride, prosecutors say the younger Corbin got into an argument with his father.

According to the affidavit of probable cause, Kymere said, "Look what he gave me," and produced a handgun. Elbert Corbin, Jr. was subsequently shot in the face.

The 42-year-old man managed to stop the car without hitting other vehicles. 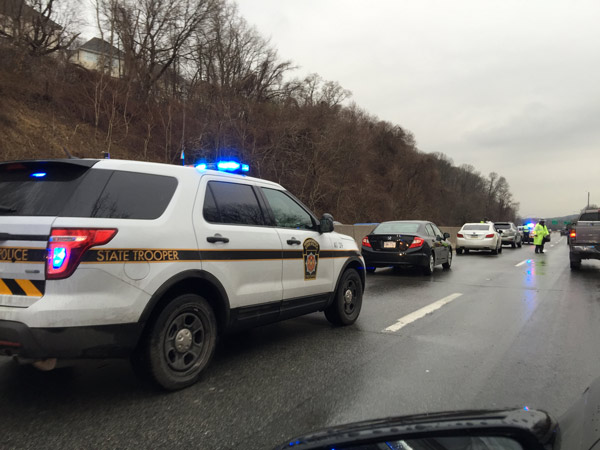 He was treated at the scene by paramedics who happened to be in the area at the time.

He was then taken to Penn Presbyterian Medical Center with stable vital signs and is listed in critical condition.

Tanya Bates was not hurt.

Police say they were able to recover the weapon at the scene.

Kymere Corbin was arrested at the scene and taken to the PSP Philadelphia Barracks in Wynnefield Heights, where he was questioned overnight.

Police say Kymere originally told them his father shot himself.

He then recanted that statement, saying he found the gun. He said he then got into a struggle with his father over the weapon, which discharged, hitting the elder Corbin.

Police do not believe that story.

They found no evidence that Kymere Corbin had purchased or had a permit for a legal handgun.

The investigation Tuesday night led to lane closures on both sides of I-76.