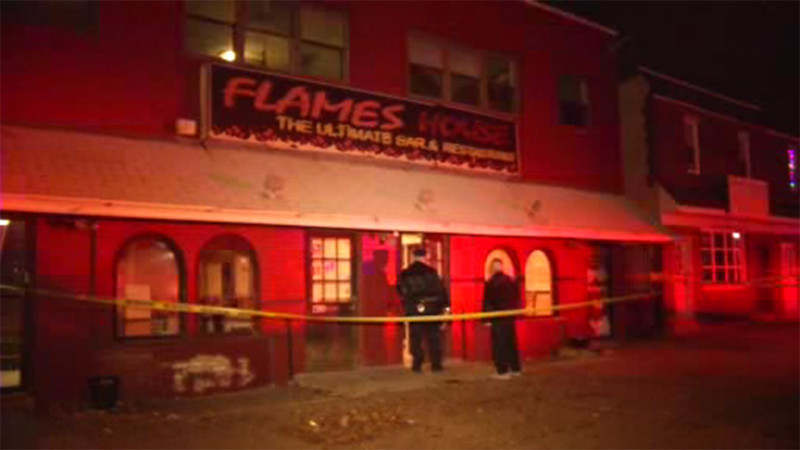 RHAWNHURST (WPVI) -- An argument between two men ended in a shooting in the Rhawnhurst section of Philadelphia.

The incident happened around 2 a.m. inside the Flames House Grill on the 7900 block of Bustleton Avenue.

Police say the fight spilled outside of the bar, and one of the men opened fire.

The 33-year-old victim tried to run on foot before collapsing with multiple gunshot wounds to his legs and torso.

He was rushed to Aria Health Torresdale in critical but stable condition.

The second man involved in the altercation fled the scene.

He's described as a black male, light complexion, 6'0" tall and thin build. He was allegedly armed with a semi-automatic handgun, wearing a grey hooded sweatshirt pulled tight around his face, and jeans.

Police are checking the cameras in the area for clues.

There is no word on why the two men were arguing.