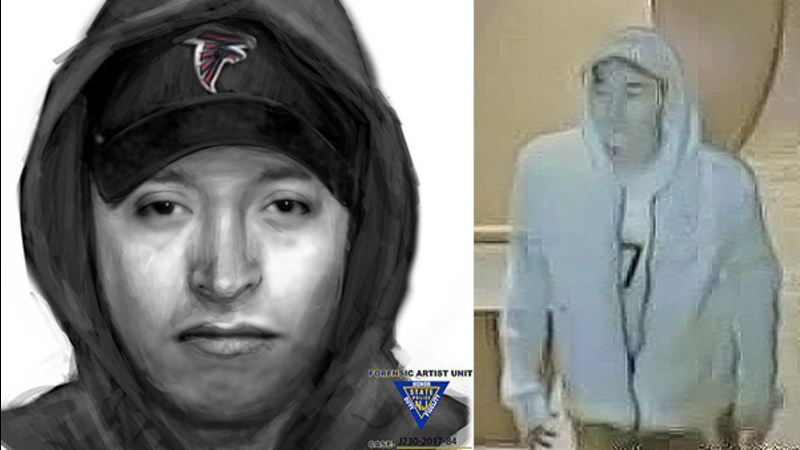 PRINCETON, N.J. (WPVI) -- Police have released a sketch of the man they say followed a woman into a restaurant bathroom in Princeton, N.J. last weekend.

The man's picture was also captured by a surveillance camera.

Princeton police are looking for a man who followed a woman into a restaurant bathroom.

Police say the man was at Triumph Brewery late Sunday night when, a woman claims, he followed her into the bathroom and peeked at her through a crack in the stall door.

The man was gone by the time police arrived.

He was wearing a gray hooded vest and a baseball cap with an Atlanta Falcons logo.

Anyone who recognizes the suspect is asked to contact Princeton police at 609-921-2100.