Surveillance video released after woman, 75, shot in face in Philadelphia

WPVI
PHILADELPHIA (WPVI) -- Philadelphia police have released surveillance video as they work to track down the robber who shot a 75-year-old woman in the face.

The video shows a light-colored 2004-2008 Nissan Maxima that police believe was being driven by the suspect.

Police released surveillance video in connection with the robbery and shooting of a 75-year-old woman.

Officers responded at 9:50 a.m. to the 7100 block of Montague Street for a report of shots fired during a robbery.

They arrived to find a blood on the street and a trail of blood leading an alley between Erdrick and Montague streets. A short time later they found a 75-year-old woman who had been shot in the face.

Police in Mayfair are trying to track down the person who shot a woman in the face during a robbery.

Police are looking for an Hispanic man in his late 20s with a trimmed beard. He was wearing a red knit cap and was armed with a handgun.

The car seen in the surveillance video is described as 2004-2008 Nissan Maxima white or silver in color with a sky or moon roof and damage along the passenger side. 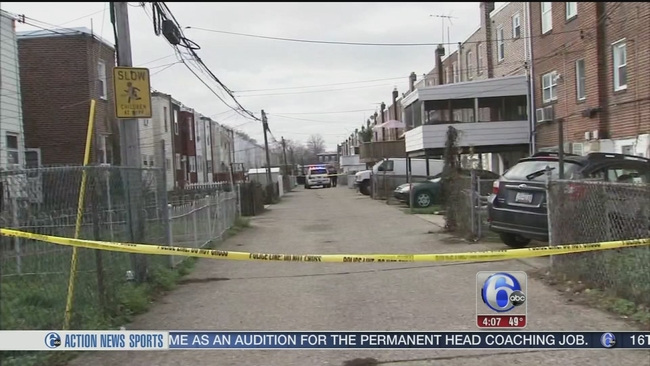