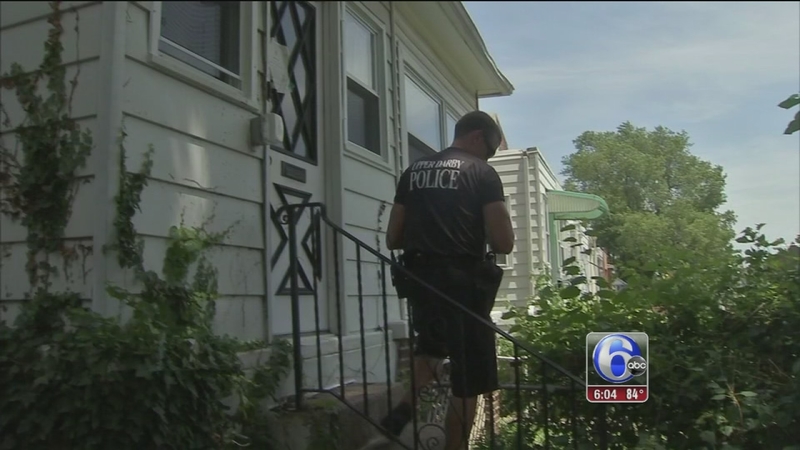 UPPER DARBY, Pa. (WPVI) -- Police in Delaware County are warning residents, and women in particular, about a late night intruder.

The bedroom intruder has been terrorizing women in Upper Darby since April 16th.

The suspect has struck three times over the past nine days, five times in all since April, all in the same neighborhood.

The most recent incident happened Friday night on the 7000 block of Clinton Road.

A woman woke up to find a man at the foot of her bed shining a cell phone light at her.

"She reaches down and grabs a baseball bat and starts after him. The guy runs out the door. Gone," Upper Darby Police Superintendent Michael Chitwood said.

He's been discovered by women in their bedrooms five times.

There's no telling how many more homes he's been in undetected.

In all cases, there has been no sign of forced entry.

Police believe he stalks his victims and then enters through an unlocked door.

One victim told Action News the suspect got in through an unlocked patio door and was discovered by her 16-year-old daughter who was sleeping on the couch.

She says her daughter had seen the suspect before.

"Earlier in the day, she saw him down the corner. He said, 'Do you have a name? Do you have a number?' She just kept ignoring him. She said instead of coming [home,] she walked up two houses away, but then he must have saw her come in here," the woman said.

She says her daughter is terrified he'll come back.

He has this entire neighborhood living in fear.

"It's obviously pretty scary. I always make sure my doors are locked," resident Alice Wilson said.

The police are afraid he is getting bolder.

Police believe the suspect lives somewhere in the neighborhood.

In the meantime, they're warning everyone to lock doors and windows and leave a light on outside and inside.