WPVI
MADISON, Ala. -- Dramatic dashcam video shows the moment a police officer in Alabama throws a man to the ground. The man in the video, 57-year-old Sureshbhai Patel, is suing, saying the cop's action's left him paralyzed. One of the officers in the video, Eric Parker, has been charged with third-degree assault. 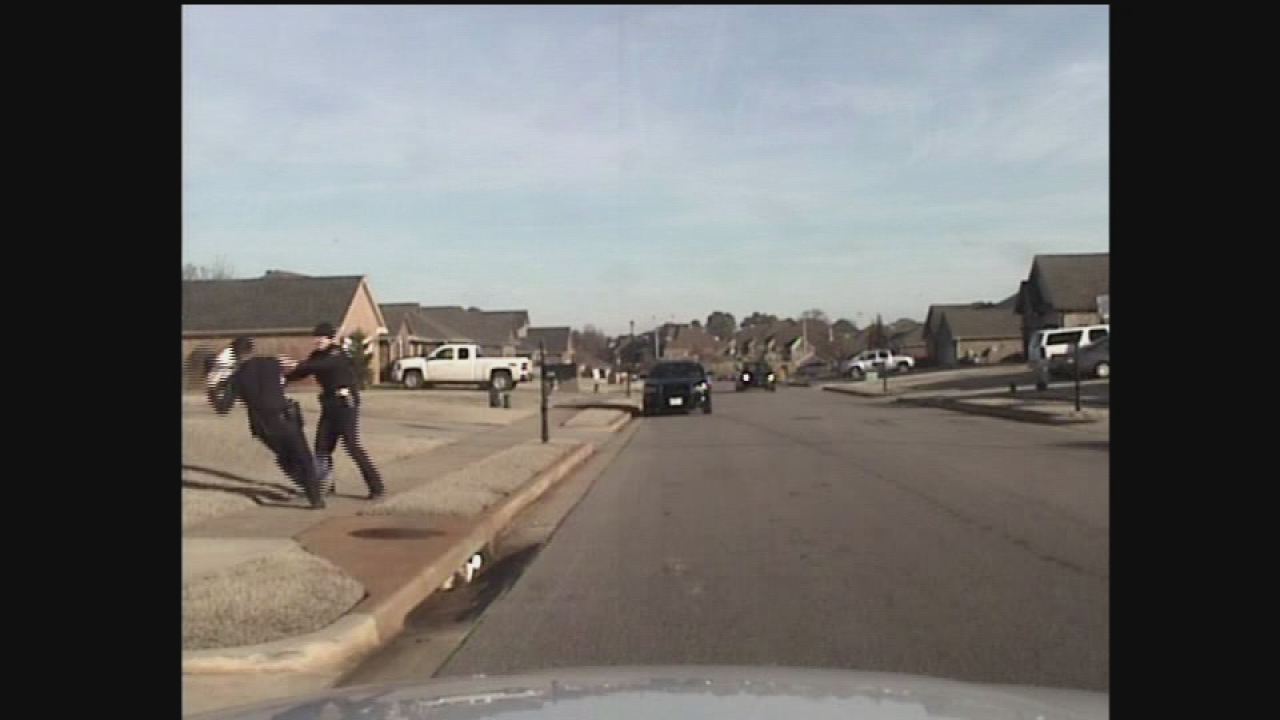 Patel says he was visiting his son's family when he was stopped by police Feb. 6 while walking in a neighborhood.

Audio released by police revealed that they were responding to a call into a non-emergency number. The caller said that a man he had never seen before was "wandering around" and that the caller was worried about leaving his wife and children at home while the man was in the area.

Field Training Officer Eric Parker and his Trainee, Andrew Slaughter, were dispatched to the scene, along with Officer Charles Spence in another car. The video shows Parker throwing Patel to the ground, where he remains for nearly two minutes. Police then help him up and hold him while his legs remain limp. One officer can be heard telling him, "You're all right. Stand up."

They lower him back to the ground and continue to ask him to stand up for the remainder of the video.

Patel's attorney says he speaks little English and was accosted because of his dark brown skin.

The lawsuit states that the police's use of force left Patel paralyzed, though he has since regained partial use of his leg, according to ABC affiliate WAAY.

The police statement said that "Eric Parker's actions did not meet the high standards and expectations of the Madison City Police Department." Parker has been arrested and charged with assault. Chief Larry Muncey recommended that he be fired.

Below is the full police statement:

The Madison Police Department has now completed its internal Office of Professional Standards investigation and would like to release sections of the audio and video files associated with Mr. Patel's incident.
Field Training Officer Eric Parker and his Trainee, Andrew Slaughter, were dispatched to the scene (car 1).
Officer Charles Spence was also dispatched (car 2).
As a result of the Office of Professional Standards investigation, I found that Officer, Eric Parker's actions did not meet the high standards and expectations of the Madison City Police Department.
For that, I sincerely apologize to Mr. Patel, his family and our community...our desire is to exceed everyone's expectations.
Today, Mr. Parker was served with proposed disciplinary action according to the Madison City policy and procedures...I recommended termination.
Mr. Parker was arrested today by the Madison Police Department for Assault in the Third Degree. He surrendered himself to Limestone County.
In addition, the FBI is conducting a parallel inquiry to ascertain if there were any Federal Violations.