The Action News Mornings Team picks their favorites in the first ever Breakfast Draft.

PHILADELPHIA (WPVI) -- You have heard of the NFL Draft - which you can watch right here on 6abc starting Thursday night - but have you heard of the Action News Mornings Breakfast Draft?

Well, that's probably because there's never been one before.

In the first ever Breakfast Draft, which you can see in the video above, Matt O'Donnell, Tamala Edwards, David Murphy, and Karen Rogers drafted their own teams of breakfast favorites.

They had to select from 20 draft prospects which were selected by Action News producers.

Starting with Karen, who drew No. 1 prior to filming, each picked a food or drink of their choosing from the list.

After five rounds, they each had a complete breakfast - of sorts.

Then, you got to decide which team had the best draft!

Here are the Breakfast Draft results: 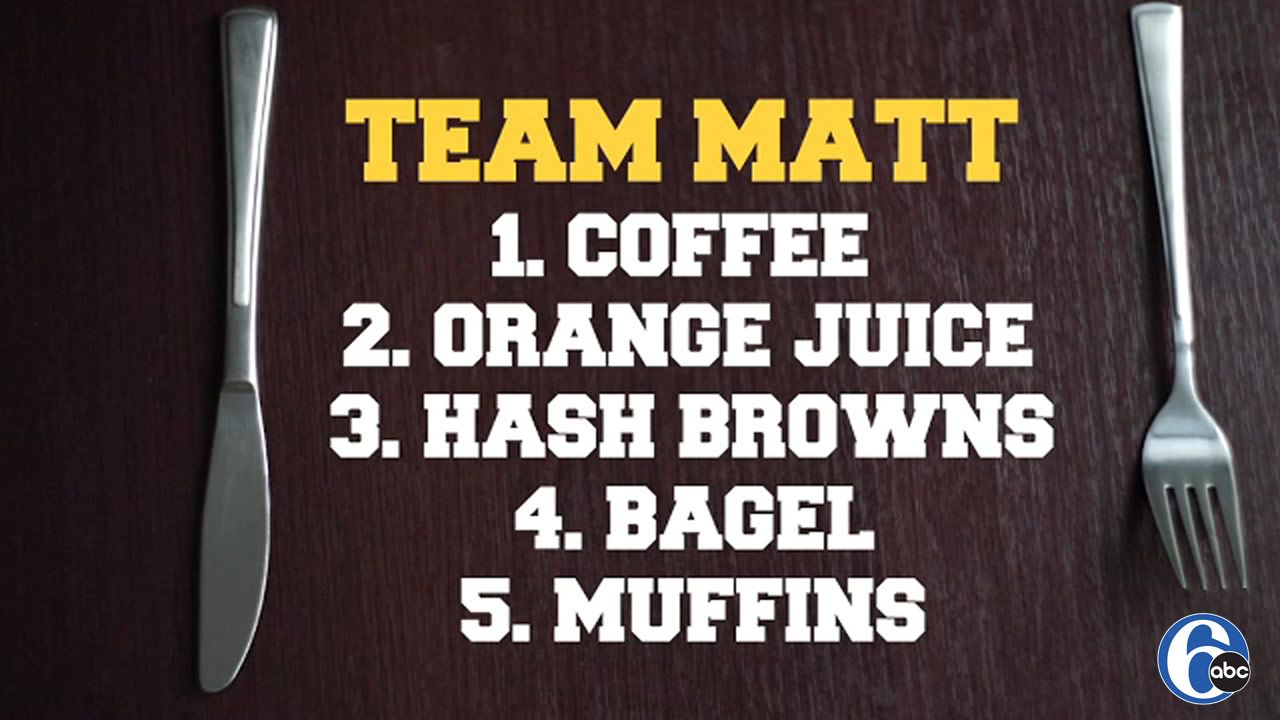 And when the votes were tallied - Team Matt was declared the winner with 36% of the vote. Team Karen was next with 30%, then Team David with 18%, and Team Tam with 16%.

Thanks everyone for voting and let's do it again next year (maybe).

Remember - breakfast is the most important meal of the day (but not necessarily any of these specific breakfast groupings).