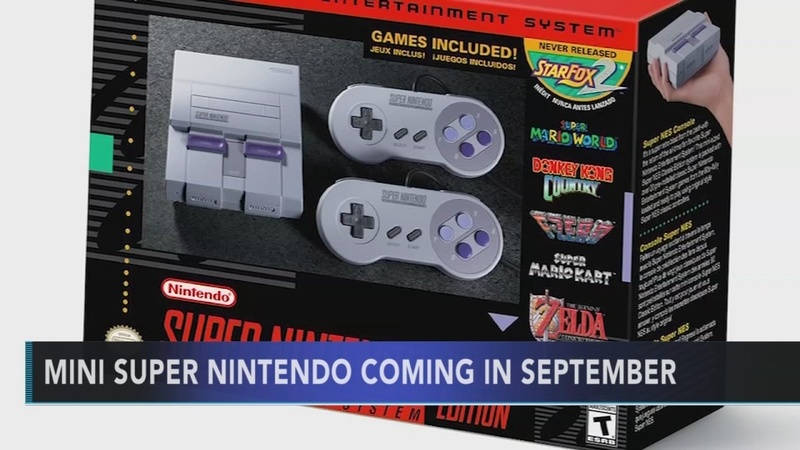 Nintendo is looking to the past for its next game console.

The company says it will release a reboot of its classic Super Nintendo console in September.

Super Nintendo was first released in 1991 in North America.

The reboot will have the same look and feel as the original, just smaller, according to Nintendo.

Back in April, the company discontinued its mini Nintendo console.

Since it was announced in July 2016, the NES Classic Edition became a must-have for many video game lovers. Demand was so high for the console that it crashed Amazon's website when it went on sale in November.

Nintendo released the NES on July 15, 1983. The miniature NES Classic is about to go back on sale.