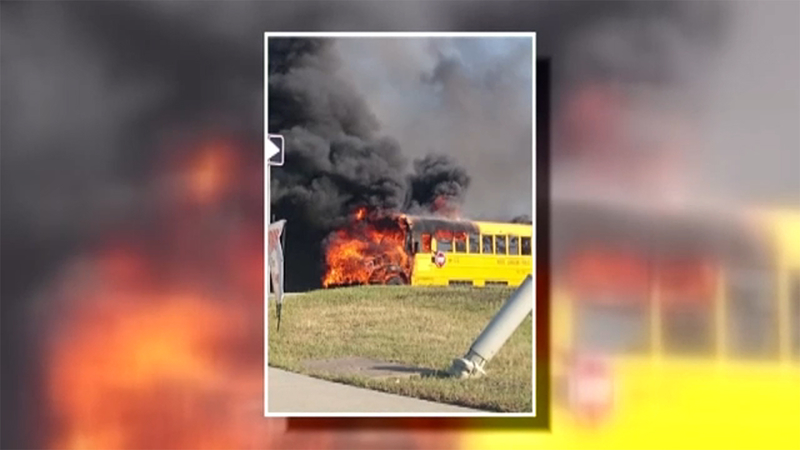 CARY, North Carolina (WPVI) -- Parents in one North Carolina school district say, if it wasn't for social media, they never would have known there was a massive fire on their children's school bus.

Chris Michaels said he realized something might be wrong when he started getting notifications about bus delays on Twitter last week.

Soon after, the school's vice-principal confirmed there was some type of issue involving smoke.

It turns out that the issue was a full-blown inferno, something Michaels only found out about, after watching video someone posted.

"We get crickets, absolute crickets. It's nuts. And if they can't figure out the problem, heads need to roll. People need to resign or we need a change of leadership there to make sure we're actually getting safe buses for kids," Michaels said.

Fortunately, only one student was on board.

Both the student and driver escaped before the flames spread.