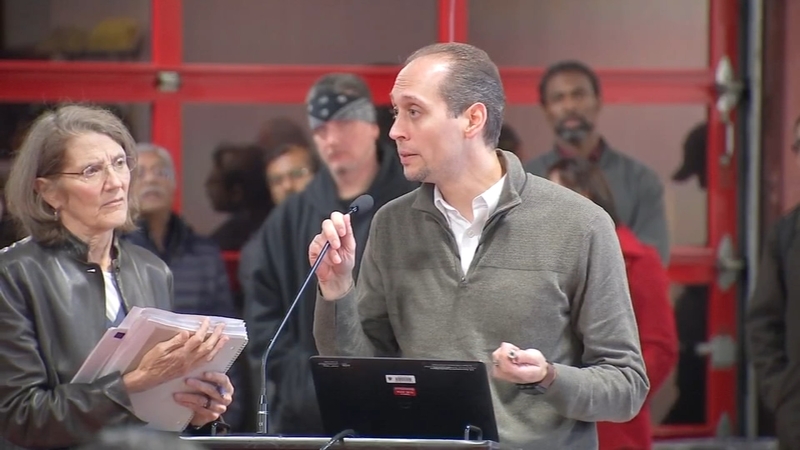 NORWOOD, Pennsylvania (WPVI) -- Norwood, Pennsylvania residents in the area along E. Winona Avenue want to know if the place where they built their homes is contaminated with materials that are making them sick. On Thursday night, researchers with the Environmental Protection Agency told residents they have nothing to be concerned about, but many are not buying it.

"I hope they clear it up and find out exactly where it is and what it is. And get it out of here," said Norwood resident Linda Smith who lives along E. Winona Avenue.

For the past two years, the EPA has been testing soil in the area to determine if it contains dangerous chemicals. Residents in the area say there have been dozens of cases of cancer and multiple sclerosis, some of them fatal. They wonder if contaminated land is to blame. The residents prompted the EPA research by issuing complaints.

"After receiving concerns from the community, EPA initiated a site assessment to determine if there is a risk posed to human health and the environment by actual or potential releases of hazardous substances at or near the former Norwood Landfill and if there is a need for additional action," said a statement issued to Action News by EPA spokesperson Terri White.

Weston Solutions prepared a study for the EPA on that area in February 2018. That study found substances including PCBs, arsenic, and benzopyrene (BaP) in soil samples.

The EPA says while the investigation is ongoing to determine if this should be declared a superfund site that needs to de decontaminated,.

"We've not found any contamination that would warrant the site being placed on the national priorities list that was the premise of this investigation," EPA Site Assessment Manager Joe Ditello.

"The Agency for Toxic Substances and Disease Registry and the Pennsylvania Department of Health will also provide a public health consultation report in 2020 that will include community concerns related to cancer and multiple sclerosis," said White in the statement.

"EPA will continue to work alongside community members to inform them of future next steps until and after the final site assessment is completed."