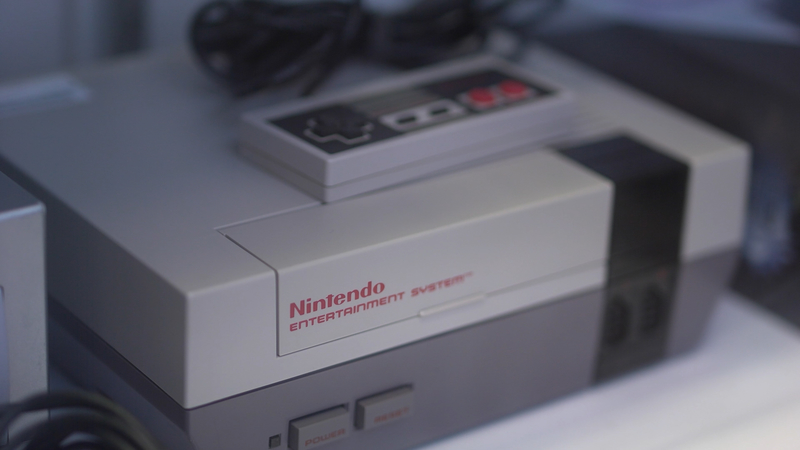 PETALUMA, Calif. -- Although Petaluma's downtown is lined with traditional antique shops, Nostalgia Alley offers customers a more exciting stroll down memory lane. It's a retro video game store where shoppers can buy games from every home gaming console as far back as 1977.

"This store is more like an old school toy store. The owners are so sweet. They just want to see that everyone finds something that makes then happy," longtime customer Jerod Pimentel shares. "We'll drive over an hour to get over here because this is our favorite spot."

Growing up, Moorhouse was always a gaming fan, but it was during his college days that he started his journey down nostalgia alley.

"I went to a local little yard sale thing that was going on, and I found a NES, and I just had a flood of memories come back to me so my collecting really started ramping up," Moorhouse recalls.

Years and boxes of games later, the idea of a store began to form.

"I talked to my wife. We both want to own our own business, why not make it a video game business," Moorhouse recounts.

In 2018, Moorhouse's video game dream became a reality and Nostalgia Alley opened its doors to a flood of excited customers. "A lot of times, people are looking for that connection to when they were younger," Moorhouse explains.

"Being able to find that thing from your childhood that makes you happy is probably the greatest thing you can do as an adult," Smith reveals with a smile.

"I can tell my kids about stuff like that and they don't think that it's that cool and then, we can bring them to a store like this where they can actually get to see it," Pimentel says. "Its really like a whole new generation is being exposed to this."