NYPD transit cop talks about keeping cool while being attacked 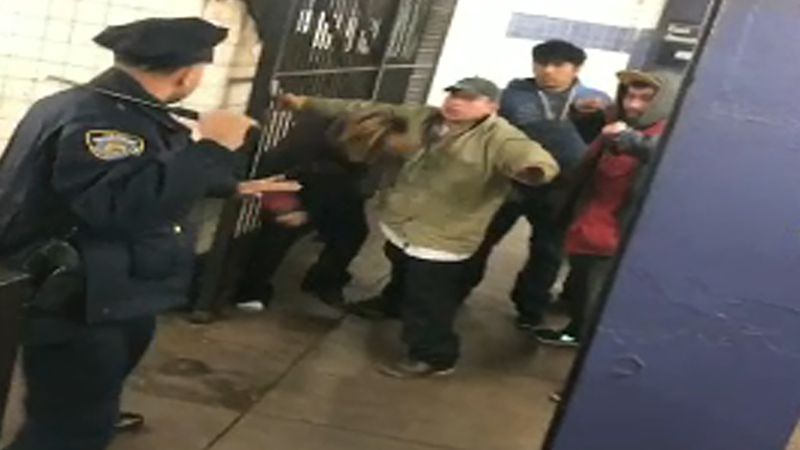 NEW YORK (WPVI) -- NYPD Transit Officer Syed Ali says safety and preserving life were his top priorities as he fought off several men in a subway station on the Lower East Side.

He credited his police academy training and experience in the Army for keeping the incident from escalating on Sunday night.

Ali, who served in Iraq and Afghanistan, never pulled his gun.

"Life is precious and going to that weapon is not the first thing we should be thinking about," he said. "I've been in situations where weapons were used, especially in combat and patrols, and what we're taught is don't go immediately to what you think might happen. Take a second, even the slightest second, and think about it."
EMBED More News Videos

Ali credited his police academy training and experience in the Army for not escalating the incident.

The confrontation was captured on video, which Ali said he did not know about until later.

The video shows Officer Ali fending off several men who appear to be ganging up on him inside the East Broadway subway station on the Lower East Side.

Police said Ali had asked the men, who he said appeared intoxicated, to leave the station Sunday night after a woman said they were harassing her. The men refused and then became combative, Ali explained.

"I could tell you the feeling I had immediately at that moment - a trickle of sweat down the back of my neck and then it was straight up police action," he said.
The video shows one man charging at Ali and then falling off the platform and onto the tracks.
EMBED More News Videos

Police say two men are under arrest in an incident where a police officer was seen on video fighting off a group of men in a subway station in NYC.

At that point, the officer asked that power to the tracks to be turned off while also calling for additional units to respond.

The men were taken into custody and removed to a hospital for treatment.

All three were arraigned Thursday night, and their cases were adjourned to December 31. 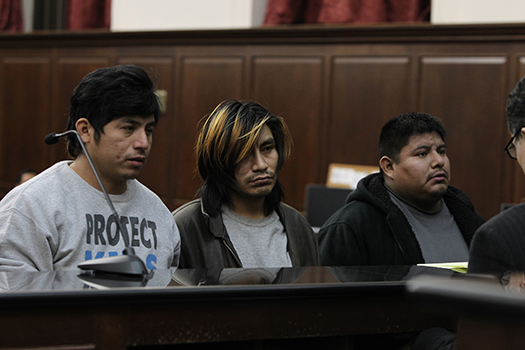 The men were initially arrested for sleeping on the subway but then released with no further charges.

The Manhattan District Attorney's office said the prosecutors who declined to move forward on the sleeping-related violations were not aware the men were also allegedly involved in the altercation with the officer.
Earlier, the head of the police union criticized the decision not to prosecute. Patrolmen's Benevolent Association's president Patrick Lynch said the men should be held accountable.

"As the District Attorney continues to decriminalize criminal behavior in the subways, we can expect to see the safety of our mass transit system deteriorate," Lynch said in a statement. "There is no telling how much damage these mopes would have done to that courageous police officer had he not been equipped to handle them. Had it gone the other way, we might have had a seriously injured or dead police officer instead. It's wrong that they were not charged for attacking him."

They weren't arrested until Monday morning when police spotted them back at the East Broadway station and cited them for sleeping on the floor.

Prosecutors dropped that case, citing the policy curbing prosecution of those kinds of low-level violations.

Meanwhile, Officer Ali was honored for his actions inside the subway station.
New York City Councilman Chaim Deutsch met with the officers and honored him for his restraint and discipline.

I visited @NYPDTransit Task Force in North Brooklyn to thank Officer Syed Ali for his quick action to defend civilians and himself against five individuals attacking on a subway platform. Officer Ali showed restraint & discipline in how he de-escalated the situation. pic.twitter.com/xLe996P5ti

Mayor Bill de Blasio praised Ali's "extraordinary professionalism and bravery." He tweeted Tuesday that "attacking our men and women in uniform won't ever be tolerated."