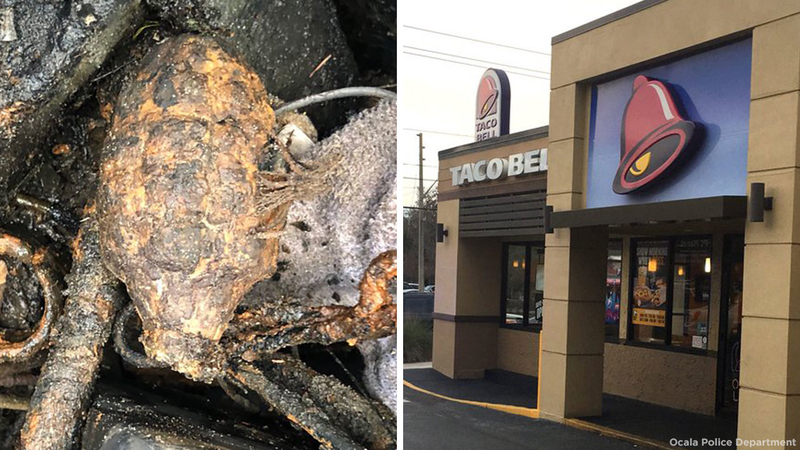 OCALA, Fla. -- A Florida Taco Bell was temporarily evacuated after a man found a grenade and drove to the restaurant before alerting police.

The evacuation unfolded Saturday afternoon at the Taco Bell on E. Silver Springs Boulevard in Ocala, Florida, according to local authorities, who said the man found the grenade while magnet fishing in Ocklawaha. He then placed it into his trunk and made the trip northwest to Taco Bell before calling 911, police said.

The Marion County Sheriff's Office bomb squad was called to the scene and "removed the grenade without incident," Ocala police said. The bomb squad will dispose of the grenade, which was identified as an authentic World War II hand grenade.

The Taco Bell reopened shortly thereafter. No injuries were reported.