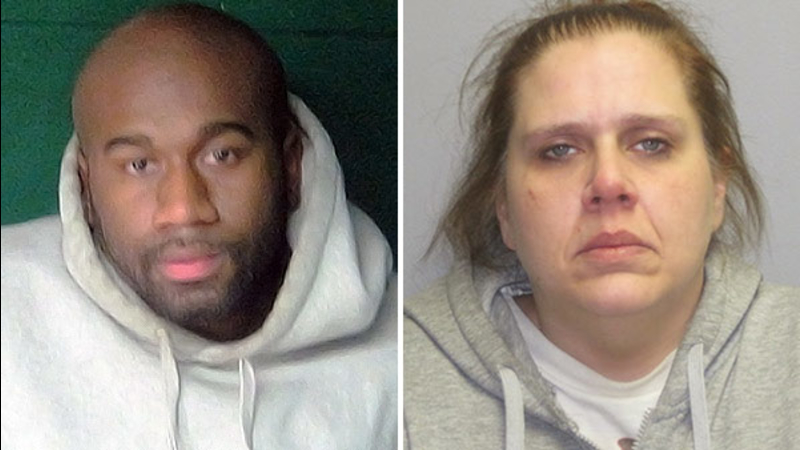 RIVERSIDE, N.J. (WPVI) -- A police officer is hospitalized and two suspects behind bars after investigators say the officer was struck by a car and dragged more than 30 feet in Riverside, Burlington County.

Investigators say the driver, 23-year-old Brendon Belton of Willingboro, refused to show his hands when asked to by the officer.

Instead, they say he put the car into drive, striking the officer and dragging her 30-40 feet before hitting a parked car and colliding head-on with an unoccupied police vehicle.

Other officers on the scene arrested Belton and a passenger, 39-year-old Bonnie Manning of Riverside.

Sgt. Urtasun, a 16-year veteran of the Riverside Township Police Department, was taken to Cooper University Medical Center to be treated for knee and abdominal injuries.

Belton and Manning are behind bars, charged with attempted manslaughter, aggravated assault and other offenses.