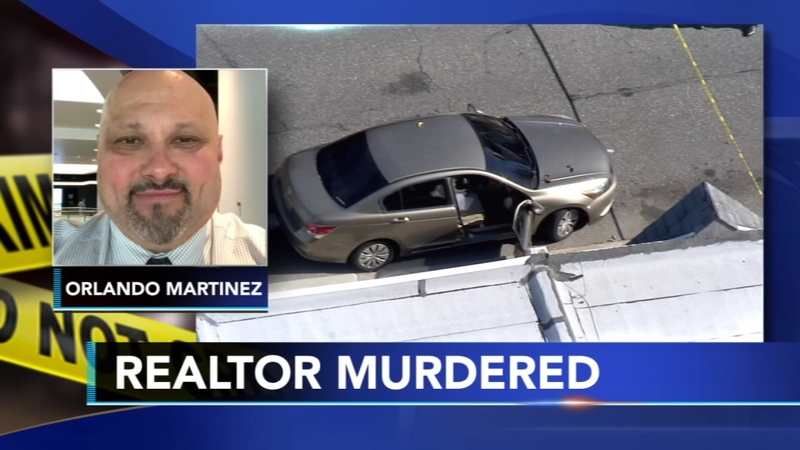 MAYFAIR (WPVI) -- A man found shot inside a car in Mayfair was a realtor who may have been in the vehicle for a full day before he was found, Philadelphia police said.

Martinez was likely shot on 10/30. He was found in his vehicle outside a home he was showing to prospective buyers. @6abc pic.twitter.com/UYnpvJQww9

Martinez was barely clinging to life he was found, police say. He was rushed to the hospital but died a short time later.

Martinez's car was parked outside of a home for sale that he was showing to prospective buyers.

Martinez was a resident of Westville, New Jersey. His family became concerned when he didn't come home Tuesday night.

Philadephia police Capt. John Ryan holds a news conference on November 1, 2018, on the shooting of a realtor on Oakmont Street.

Investigators believe Martinez was shot inside the car by someone he knew. Robbery does not appear to be the motive, police say, because he had all of his belongings on him.

He was also not known to police.

"He has no priors, he's not on our radar, he's a family guy working for a living doing real estate," said Capt. John Ryan of the Homicide Unit.

His business, One Realty Group in North Philadelphia, was closed on Thursday. The neighborhood remembers him as a friendly businessman.

"To me he's a community guy, well-known," said Nelson Cuello. "He helped so many people in the community that I don't know why something like that happened to him."

Man, 54, dies after being shot inside car in Mayfair. Maggie Kent reports during Action News at 4pm on October 31, 2018.

The rear window of the vehicle had been broken out, but that was not from the shooting. Rather, police say, officers broke the window trying to get inside Martinez's locked vehicle.

Man, 54, dies after being shot inside car in Mayfair section of Philadelphia. Watch this report from Action News at Noon on October 31, 2018.