Philadelphians react to Oscars confrontation: 'Will Smith is not a bad person'

Residents in the actor's hometown are weighing on the Academy Awards altercation.
WPVI
By Annie McCormick 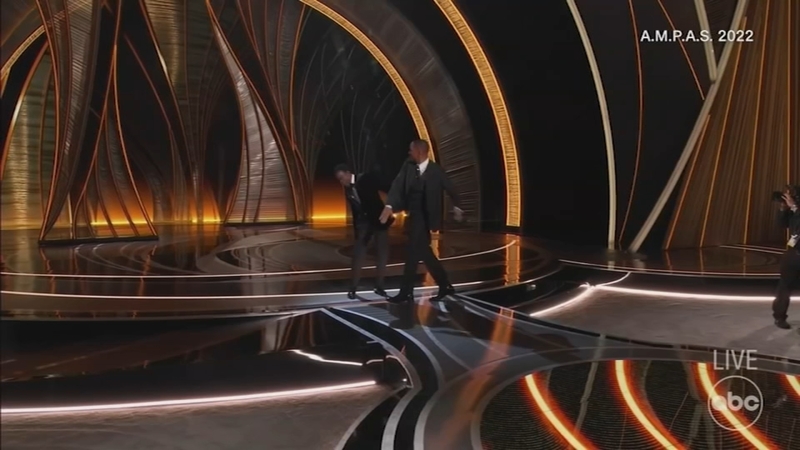 Locals react to Oscars confrontation: 'Will Smith is not a bad person'

PHILADELPHIA (WPVI) -- The day after slapping Chris Rock on the Oscars stage and upending the 94th Academy Awards, Will Smith issued an apology to the comedian, to the academy and to viewers at home, saying he was "out of line" and that his actions are "not indicative of the man I want to be."

The fallout from Smith's actions during Sunday's ceremony continued Monday as Hollywood and the public continued to wrestle with a moment that stunned the Dolby Theatre crowd and viewers at home. The Academy of Motion Pictures Arts and Sciences condemned Smith striking Rock, who had made a joke about his wife, Jada Pinkett Smith, and said it would launch an inquiry.

Later in the day, Smith gave a stronger apology than he did in his best actor acceptance speech, which notably hadn't included an apology to Rock.

"Violence in all of its forms is poisonous and destructive," said Smith in a statement issued by his publicist and posted on Instagram. "My behavior at last night's Academy Awards was unacceptable and inexcusable. Jokes at my expense are a part of the job, but a joke about Jada's medical condition was too much for me to bear and I reacted emotionally. I would like to publicly apologize to you, Chris. I was out of line and I was wrong. I am embarrassed and my actions were not indicative of the man I want to be. There is no place for violence in a world of love and kindness."

SEE ALSO: Will Smith apologizes to Chris Rock for slapping him at Oscars: 'I was out of line and I was wrong'

The 53-year-old actor added apologies to the film academy, producers of the telecast, attendees, viewers and the Williams family. Smith was honored Sunday for his role as Richard Williams, father of Venus and Serena, in "King Richard."

"I am a work in progress," added Smith.

The incident hit home for some Philadelphians who have a special connection to the Wynnefield native.

Joey Zazalino is a family friend of the Smiths and grew up working at an ice cream store owned by Will Smith's father.

Zazalino is also a local radio personality and recording artist.

"I think what happened is when his wife was hurt that's what made the difference. Will Smith is not a bad person, he's Will Smith. He's a great guy. He comes from a great background. I think he was more so in defense of his wife. He's got to go home with that lady. He's got to sleep with her every night. I think emotional intelligence may have been a little lacking at that moment, but the whole world was watching, and he thought he needed to defend his wife," said Zazalino.

"It's important Quest gets recognized. It was a big deal to have so many people from Philly at the Oscars at one time," Zazalino said.

Jada Pinkett Smith suffers from alopecia, which affects hair loss. It's something Jackson is familiar with.

In 2018, Jada Pinkett Smith recalled the "terrifying" moment she first noticed she was losing "handfuls of hair" in the shower.

"It took me a minute to really embrace this new, what I have now with wearing a curly wig and what I have going on because I'm in the public eye," said Jackson.

After calling a board of governors meeting Monday to discuss the incident, the film academy said that it review Smith's actions and "will explore further action and consequences in accordance with our bylaws, standards of conduct and California law."

The Los Angeles Police Department said Sunday it was aware of the incident but was not pursuing an investigation because the person involved declined to file a police report.