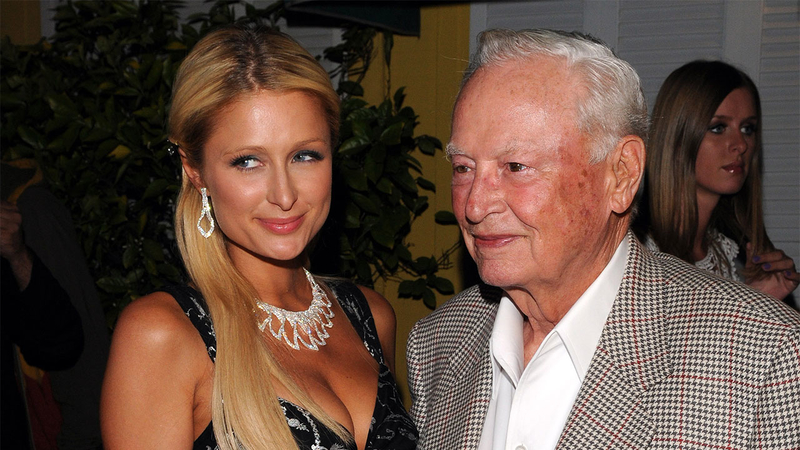 LOS ANGELES -- Barron Hilton, who helmed Hilton Hotels & Resorts for decades, died Sept. 19 at his home in Los Angeles, the Hilton Foundation announced. He was 91.

Hilton joined the family business founded by his father, Conrad Hilton, as a vice president in 1954. He succeeded his father as president and chief executive officer in 1966, a position he held for 30 years. In a news release, the Hilton Foundation lauded him for "expanding through innovative real estate transactions, including franchising and a bold move into the Las Vegas gaming market."

Hilton was the founding owner of the Los Angeles Chargers. The team said in a statement that "the modern NFL would not be what it is today without the vision of Barron Hilton."

Hilton had pledged to give 97% of his wealth to the philanthropic work of the family's foundation.

"The Hilton family mourns the loss of a remarkable man," Steven M. Hilton, Barron Hilton's son and the chairmain of the Hilton Foundation, said in a news release. "My father was a loving husband to our mother, Marilyn, a wonderful role model to his eight children, a loyal and generous friend, visionary businessman, respected leader and a passionate sportsman. He lived a life of great adventure and exceptional accomplishment."

Paris Hilton, Barron Hilton's granddaughter, reacted to his death in an Instagram post, writing in part: "So sad to have lost my grandfather but it makes me happy to know that he is in Heaven now with his soulmate...I miss them both so much and will always be grateful to have witnessed such a pure true love. Love you Nanu and Papa forever."

"Simply put, the modern NFL would not be what it is today without the vision of Barron Hilton. A founding father and charter member of the upstart AFL's sarcastically self-dubbed 'Foolish Club,' Barron was a pioneering leader, risk-taking entrepreneur, prolific philanthropist, devoted family man and, of course, anything but foolish. It was that very devotion to family that created the common bond between Barron and my father, Alex, and formed the foundation of their decades-long friendship - well actually it was family, golf and bragging rights following day-long games of gin rummy.

"It seems fitting that we celebrate a life extraordinarily well-lived the same year as we recognize the Chargers 60th anniversary season since without Barron, there would be no Chargers. On behalf of my family and the entire Chargers organization, I want to express both our gratitude and deepest condolences to the Hilton family."