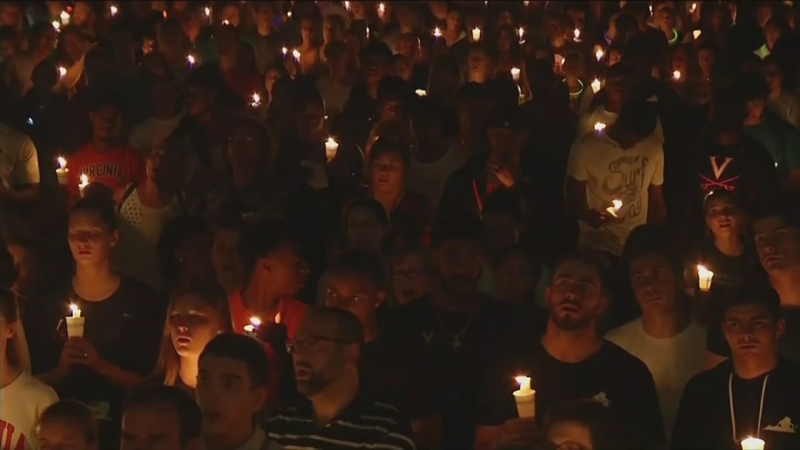 CHARLOTTESVILLE, Va. -- Hundreds of people have gathered on the University of Virginia campus for a candlelight vigil against hate and violence days after Charlottesville erupted in chaos during a white nationalist rally.

Marchers Wednesday peacefully assembled in the same place where hundreds of torch-carrying white nationalists marched Friday, when several fights broke out. That was followed Saturday by clashes between rally attendees and those protesting them in the city's streets.

Video feeds show the group moving slowly through campus Wednesday night before singing several spirituals and observing a moment of silence for the three lives lost during Saturday's violence.

A memorial had been held earlier in the day for 32-year-old Heather Heyer, who was mowed down by a car as she protested the rally. Two Virginia state troopers also died in the crash of their helicopter, which was monitoring the rally.
----------