Track and field enthusiasts were thrilled about the event's return after a hiatus due to the COVID-19 pandemic.
WPVI
By Beccah Hendrickson and 6abc Digital Staff 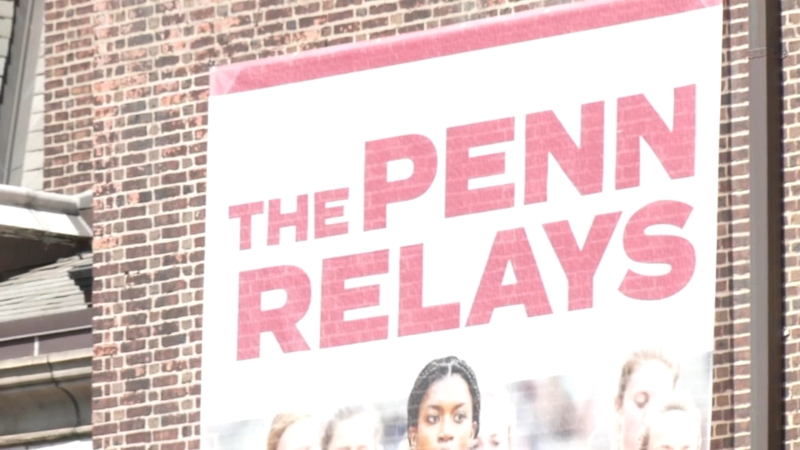 PHILADELPHIA (WPVI) -- The final day of the 126th running of the Penn Relays brought thousands of athletes and spectators to Franklin Field Saturday.

Track and field enthusiasts were thrilled about the event's return after a hiatus due to the COVID-19 pandemic.

"It's a lot of fun. I was here my freshman year, but I only ran the 4x4. So to come here and run one of the premiere events it was a big deal," said Gary Martin, a senior at Archbishop Wood High School who won the mile with a time of four minutes and one second.

"It's the 'Penn Relays Carnival,' and that's what it is. I mean, there's action on the track for three days, but it's so much more than that," said Aaron Robison, the associate director of the Penn Relays.

The event also draws more than 100,000 spectators to Franklin Field to watch the high school, college, and other elite athletes compete.

Tesia Thomas, an athlete from Penn State University, said, "This year with this weather and this environment and this energy, it's been so much fun."

While many looked forward to the event returning, athletes say it's not just the competition they missed during its hiatus.

"You don't know what you had until it's gone, and now it's back and having it back just feels extra special," said Robison.

For a star like Martin, it's also a chance to thank his favorite stars, mom and dad.

"While I have the microphone, I just want to say, 'Thank you for everything, for planning the route to prom, setting everything up, and for dragging me around,'" he told his parents during his winning speech.