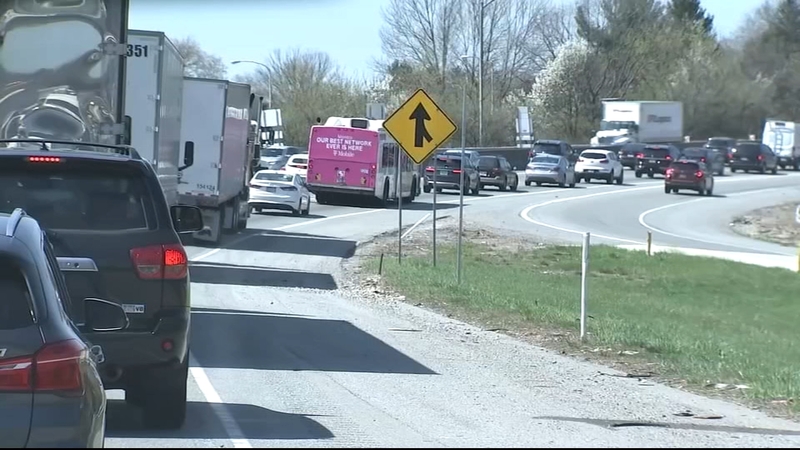 The major artery in and out of Philadelphia carries more than 130,000 vehicles a day, four times what it was built to handle. As such, the roadway has become known for unexpected traffic jams.

PennDOT Secretary Yassmin Gramian said since widening the roadway is not feasible because of its location, the agency is trying several tactics to manage traffic flow.

RELATED: What you can do to improve congestion on the Schuylkill Expressway

The 72 digital signs will increase or decrease the posted speed based on traffic conditions. Roadway sensors and a complex software system work together to lower the speed limit when conditions warrant, in hopes of preventing brake tapping, the main cause of traffic jams.

"These signs and systems will alert drivers to changing conditions so they can adjust their speed and anticipate what's ahead," said Secretary Gramian.

RELATED: Philadelphia traffic ranked one of the worst, so how do we fix it?

And for drivers who don't follow the signs, the state police will be watching.

These signs are part of PennDOT's continuing plans to improve traffic flow along the busy Schuylkill. Shoulder flex lanes and ramp meters are planned for the future.

As for the variable speed limit signs, officials acknowledge it's up to drivers to obey the posted limit and resist the urge to hit the gas pedal to make the PennDOT plan work.

Building It Better Together: The highways that never were