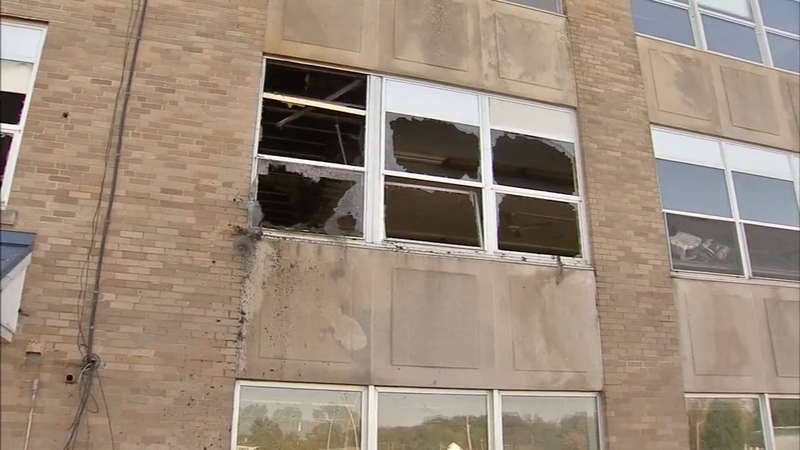 LEVITTOWN, Pa. (WPVI) -- A fire at a former school in Bucks County, that was recently purchased by a Muslim group, is being blamed on three boys playing with a lighter.

Investigators say there does not appear to be any malicious intent.

The fire happened Monday afternoon at what used to be the Immaculate Conception Catholic School in Bristol Township, Bucks County.

This facility was purchased by the United American Muslim Association for its school and Islamic center.

"Three juveniles who attend the school started the fire non-maliciously, and at this point we have statements from the three juveniles about their responsibility and actions," said Chief Robert Coulton of Bristol Twp. Police.

The fire, officially ruled an arson, started inside a supply room full of paper products in the three-story building.

The building is currently under renovation. It is due to open as a Muslim school in 2019.

The boys, 11 to 13, apparently entered the building through an adjoining mosque.

"Doing something they shouldn't have done, it got out of hand, they thought they extinguished the fire when left the room apparently, but it seems that it wasn't, it caught the paper products on fire," said Coulton.

Members of the mosque met on Tuesday and issued a statement confirming the arson was not being investigated as a hate crime, and saying it would have more to say later.

Meanwhile, township officials are concerned because the building's fire alarm system did not work on Tuesday.

"The building is equipped with a full fire detection system, and it did not trip, and it did not send a signal to the alarm company," said Fire Marshal Kevin Dippolito of Bristol Township.

The failure of the fire alarm system is under investigation.