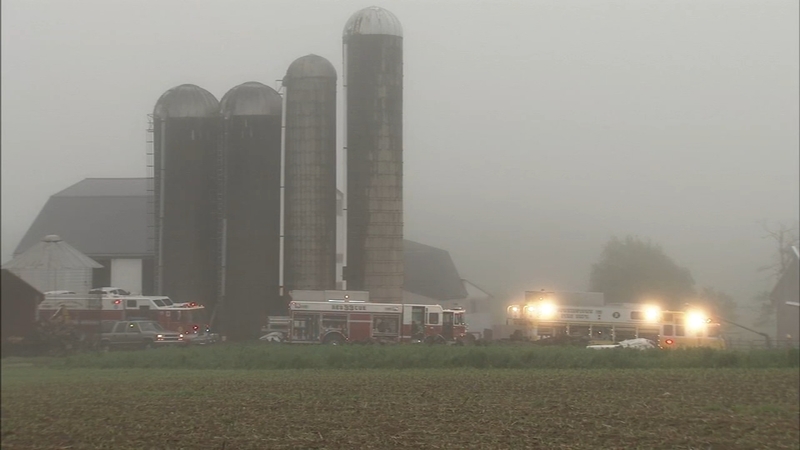 The three-year-old was reported to be trapped on top of a pit that was 10-feet deep and ran underneath a large barn housing dairy cows.

"We were unable to get to him because of the thickness of the manure," said Honey Brook Fire County Deputy Chief Jake Bailey. "We pulled back out to focus on ventilation."

Bailey knew they had to convince the boy to stay still.

"His whole body was sitting on the manure, so he was completely above the manure, but if he had moved around a lot, it would've been a different story," he said. "The manure is kind of like a quicksand, the more you move, the more you sink."

The heavy rains made rescue efforts difficult. A fire engine became stuck in the mud.

"Once they arrived, they had guys in suits and harnesses. We were able to send them down with tag lines and were able to crawl across the plywood that was set up to help be able to get to the child," said Bailey.

The child was taken to Ephrata Community Hospital by ambulance with minor injuries; officials said he is expected to be OK.