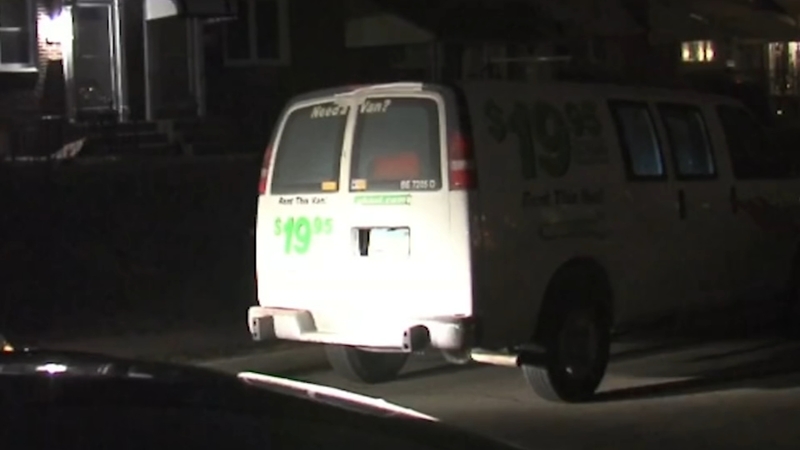 It happened around 8:30 p.m. Monday on the 1000 block of Oakwood Drive in Darby Township.

"I'm shocked and amazed," resident John Carey said. "This is a good street, one of the best in the neighborhood."

Police say a driver subcontracted by Amazon driving a U-Haul truck was swarmed by the men at gunpoint, carjacked and robbed.

The victim told police she knew realized something was wrong when she noticed that she was being followed for about a mile.

"She made a call to the boss," said Darby Twp. Police Chief Regina Price. "Eventually, they cut her off and jumped out, put a gun to her, and took some boxes from the truck."

What is unclear is how the men knew the woman in the U-Haul truck was making deliveries for Amazon.
"The only thing she could remember, because she was so visibly shaken, was that it was a dark vehicle," said Price.

Police said thieves looted the truck and made off with several boxes.

"They took her phone, so she drove around until she found someone to dial 911 for her," said Price.

Sadly, this is not an isolated incident. There have been several reports from across the country of Amazon drivers being robbed, and in some cases, their entire truck filled with boxes stolen.

In a statement Tuesday, Amazon said this is a terrible incident and they are thankful the delivery driver is safe.

So far, police have not been able to track down any surveillance footage.
They are asking anyone who might have seen something that could prove helpful in tracking down the four men to call the Darby Township police or call 911.