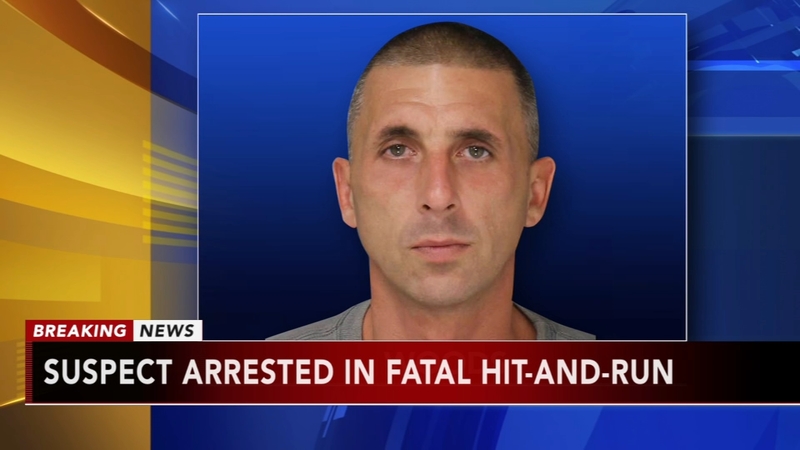 LEVITTOWN, Pa. (WPVI) -- Police have made an arrest in the hit-and-run death of a 70-year-old man who was killed in Levittown after getting ice cream.

Authorities said Emmanuel Weintraub had just bought ice cream at Jojo's on New Falls Road and was walking with a cane back to his car when he was struck.

Investigators said that based on the footage, Woods struck Weintraub with his Nissan Altima while he was crossing New Falls Road in a designated crosswalk and then drove away from the scene.

According to the criminal complaint, when police located Woods' car they noted damage to the windshield which Woods said was obtained while "copping drugs in Philadelphia."

The complaint also said Woods asked an auto body repair shop to throw away any receipts and to not to speak to the police about his damaged windshield.

According to investigators, during an interview on Tuesday morning, Woods admitted to hitting a person with his car on August 21 but said he thought it was a child not an adult.

Witnesses told police that they had stopped at the intersection to allow Weintraub to cross the street, but Woods crossed over the double yellow lines in an effort to pass their stopped car and hit Weintraub in the process.