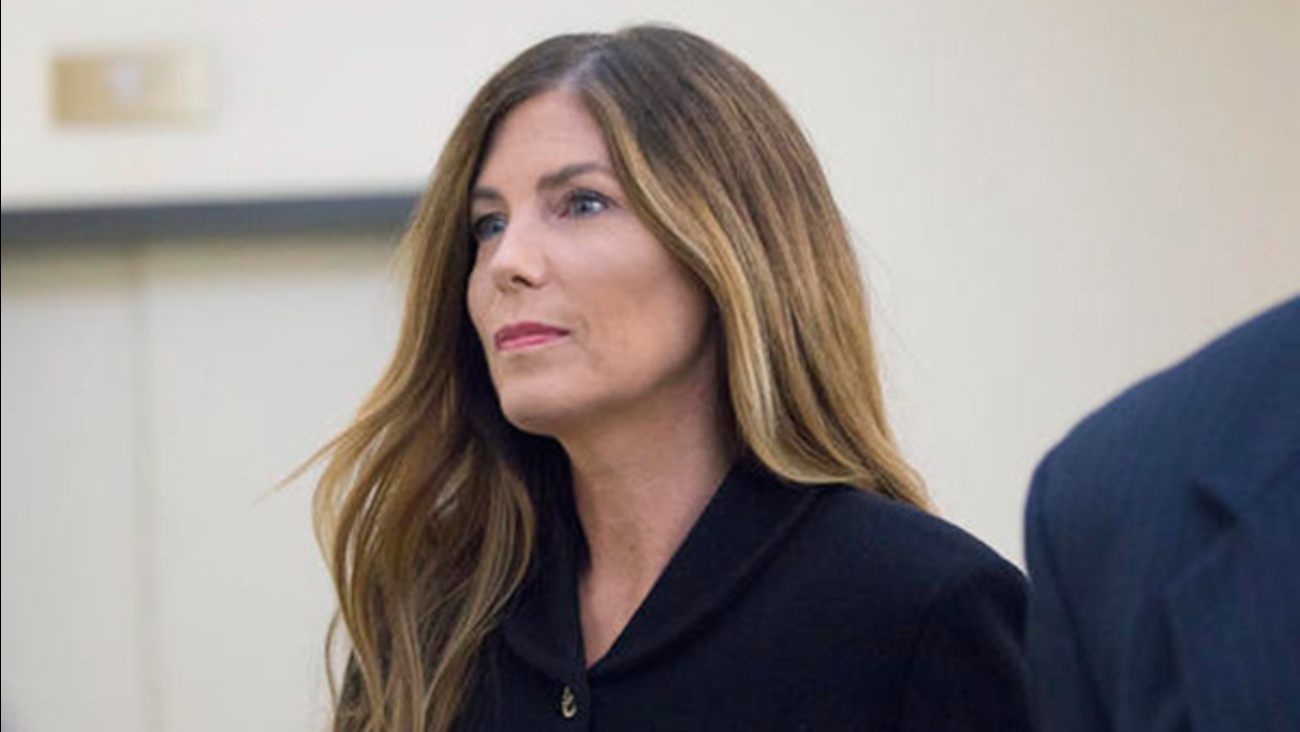 HARRISBURG, Pa. -- A Pennsylvania appeals court on Friday upheld the conviction of former state attorney general Kathleen Kane for leaking secret grand jury information and lying about it, saying among other things she wasn't entitled to use evidence of a pornographic email scandal in her defense.

A three-judge Superior Court panel rejected arguments made by Kane, who has remained out on $75,000 bail since her October 2016 sentencing to 10 to 23 months in jail.

The court turned down claims that all Montgomery County judges should have been prevented from handing her case, evidence against her was illegally obtained, she was the victim of selective and vindictive prosecution and jurors should have been given certain information about grand jury secrecy rules.

The judges also denied her argument she should have been able to use evidence about a pornographic email scandal that involved the office she ran, or the Jerry Sandusky child molestation case that her former office prosecuted.

The Montgomery County district attorney's office said it was pleased with the ruling and has not decided whether to seek the revocation or increase in her bail.

Kane may still appeal the conviction to the state Supreme Court.

Her lawyer, Joshua Lock, did not immediately return a message seeking comment.

Kane, 51, who had been the first woman and first Democrat elected attorney general in Pennsylvania, resigned in 2016 after being convicted of two counts of felony perjury and seven misdemeanor counts, including obstruction and conspiracy.

Her criticism of how the office had handled the Sandusky investigation at Penn State before she took office created resentment among some of the lawyers who had worked on it. After secret grand jury information about another case was leaked to The Philadelphia Inquirer, two former attorney general's office prosecutors contacted a Montgomery County judge, leading him to appoint a special prosecutor.

The appeals court said Kane did not meet the legal standard required to have every judge in the county prevented from presiding in her case.

"The mere fact that some judges of a particular court may have some familiarity with a particular case has not been held to be a basis for recusal of an entire bench of judges," wrote Superior Court Judge Anne Lazarus.

Kane's challenge of the special prosecutor's appointment was previously denied by the Supreme Court, Lazarus noted.

"This is the law of the case, and as such, our Supreme Court's finding ... is final and binding on this court," Lazarus wrote.

The appeals court decision concluded Kane cited "a plethora of specious reasons" in arguing she should have been able to evidence of the pornographic emails, a scandal that rocked the state's judicial community and the state prosecutor's office in particular and led to the resignation of two Supreme Court justices, or the investigation and prosecution of Sandusky, who is appealing a 45-count conviction for child sexual abuse.

"The trial court properly concluded that ... the probative value of evidence of pornographic materials discovered in Attorney Fina's and Attorney Costanzo's OAG email accounts was speculative and inadmissible, and thus, the trial court properly barred Kane from discussing it during her opening argument," Lazarus wrote, adding that "evidence of the Sandusky investigation was irrelevant."

The judges said the facts don't support Kane's assertion of vindictive prosecution, and didn't show that others in a similar situation were not prosecuted for similar conduct.

Kane asked that jurors be told that "not all information relating to grand jury proceedings is secret," but the judges ruled that would have implied she could have legally disclosed information the law prevented her from making public.