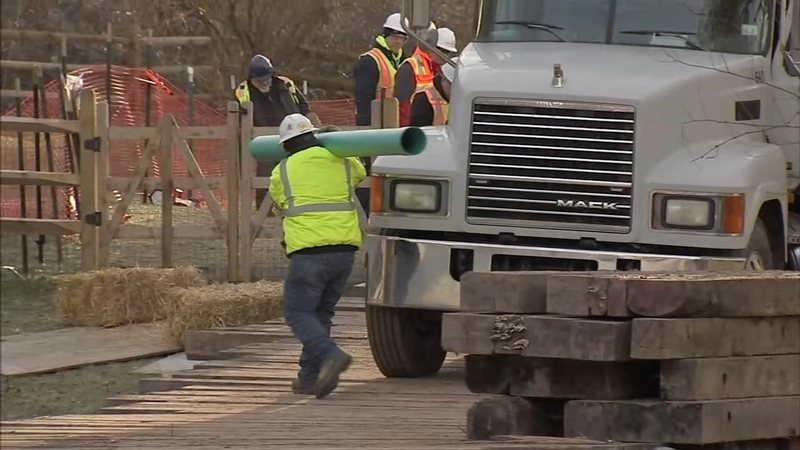 On Tuesday, Hogan voiced concern with the armed security hired by the pipeline company to protect yet another sinkhole.

On Sunday, a 5-by-10-foot sinkhole popped up behind a home on Lisa Drive in West Whiteland Township.

Neighbors concerned after latest sinkhole related to ME-1 pipeline. Trish Hartman reports during Action News at 5:30pm on January 22, 2019.

"The pipeline, it draws serious concern from the community because it's very dangerous," said neighbor Jason Mattia.

Hogan said when detectives arrived at the scene Monday, they were told to move back by an armed security guard, who flashed a badge and represented himself as a constable. When questioned, he revealed he was from Northumberland County, more than 100 miles out of his jurisdiction.

"The detectives ask him, 'Who do you really work for and who is paying you?' And the armed man's answer was 'Sunoco,' so at this point this looks like hired muscle," said Hogan. "Private security masquerading as a constable, coming down here to work security for this pipeline which is only going to intimidate, infuriate citizens of Chester County."

Sunoco says it does hire private security and did so here at the request of the family who lives in that home, but the company would not explain why the employee may have been posing as local law enforcement.

The Chester County criminal investigation into the pipeline continues.