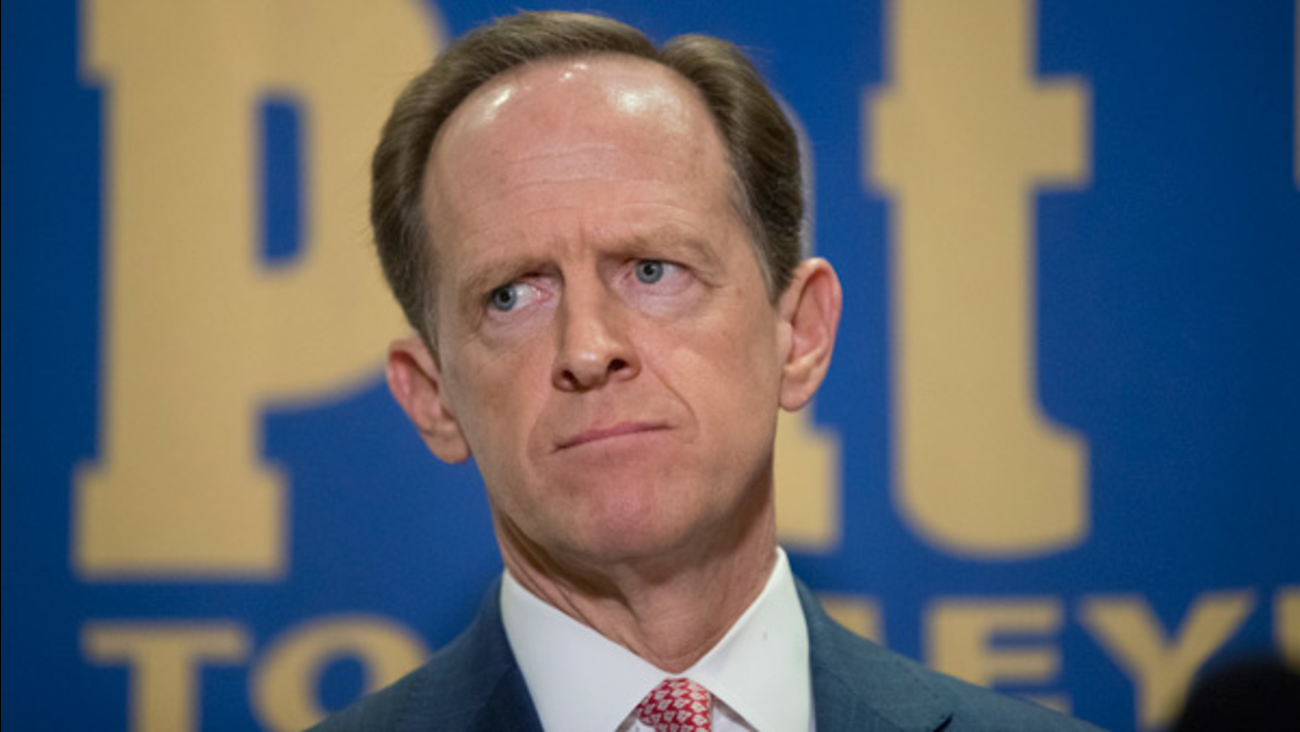 In a statement, Toomey said that while he supports increased vetting, "Unfortunately, the initial executive order was flawed - it was too broad and poorly explained."

Here is his full statement:

"It is crucial that our nation strike the right balance between defending our people against the deadly threat of international terrorism and providing a safe haven for innocent refugees seeking peace and freedom.

"I support the administration's decision to increase vetting and temporarily suspend the admission of certain individuals from states that sponsor or provide safe havens to terrorists, or are too weak to prosecute terrorists within their borders. Terrorists have successfully infiltrated refugee populations entering Europe and gone on to commit heinous acts of barbarity. I have long been concerned about our ability to distinguish between predominantly peaceful and innocent refugees, and the likely rare, but lethal, terrorists in the midst of those refugees coming from terror havens and lawless lands. That is why I, along with a bipartisan majority of the House and Senate, supported the SAFE Act, which called for enhanced vetting.

"Unfortunately, the initial executive order was flawed - it was too broad and poorly explained. This apparently resulted in denied entry into the United States for lawful permanent residents and others who should have been allowed immediate entry. Fortunately, the administration has clarified that this order does not apply to Green Card holders and that the Secretaries of State and Homeland Security have the ability to grant exceptions which certainly should apply to, among others, foreign nationals who served the U.S. military in various support roles.

"I look forward to learning more about how the administration intends to enforce this executive order, to determine whether it indeed strikes the appropriate balance between defending our nation and maintaining our ability to provide a safe haven for persecuted individuals."

This comes as a growing numbers of Republican lawmakers are expressing concerns.

GOP Sens. Marco Rubio of Florida and Tim Scott of South Carolina say in a joint statement that "the manner in which these measures were crafted and implemented have greatly contributed to the confusion, anxiety and uncertainty of the last few days."