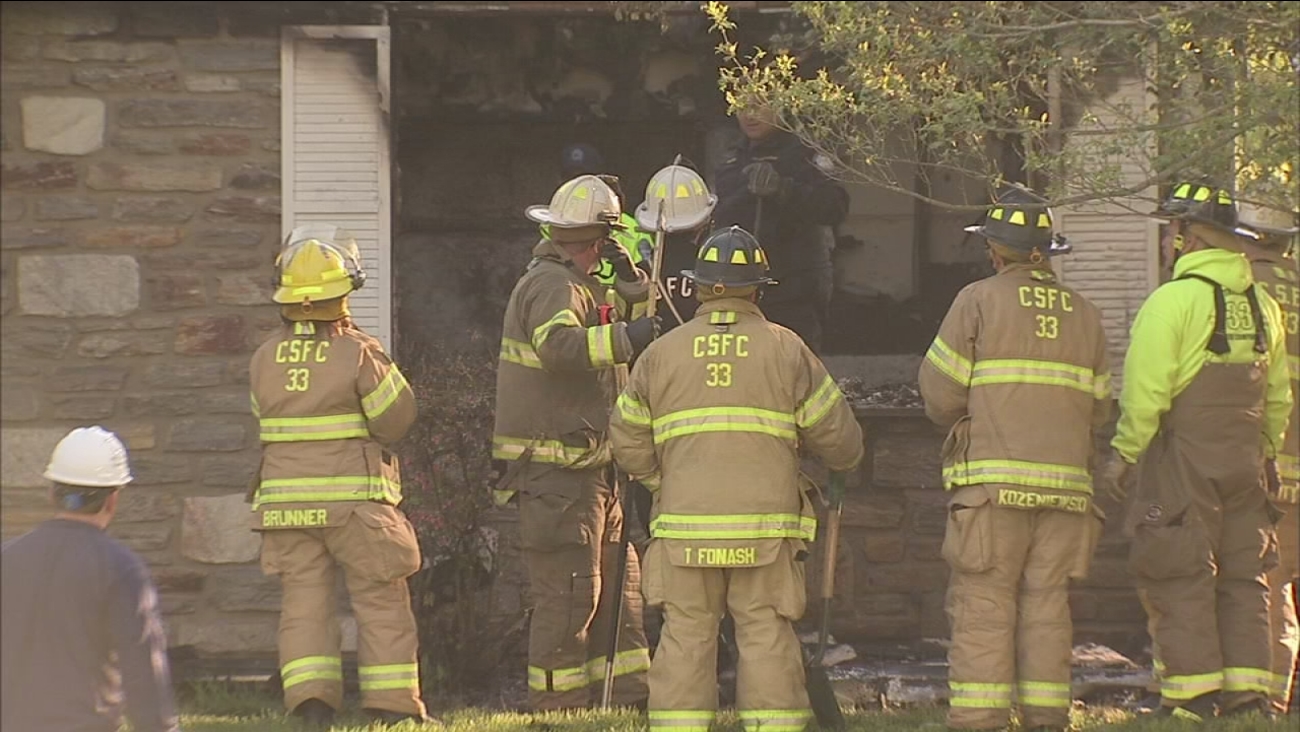 The body of Won Woo Do, 56, was discovered inside a bedroom of the home on Township Line Road near Butler Pike in the Blue Bell section of Whitpain Township early Thursday morning.

Firefighters arrived at the home shortly after 2:10 a.m. to find a ranch-style home engulfed in flames.

Do's body was found after the flames were extinguished.

According to the district attorney's office, an autopsy revealed he died of multiple stab wounds, and his death has been ruled a homicide.

Do was the only person home at the time of the fire, investigators said. Four people lived in the home, police say, but the other three were out for the night.