Hearing held for suspect in killing of Lehigh Co. woman 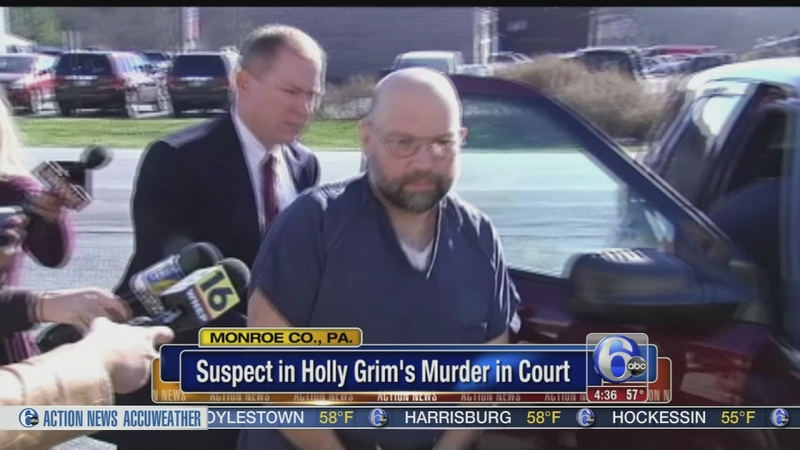 SAYLORSBURG, Pa. (WPVI) -- A Pennsylvania man charged with kidnapping and killing a co-worker whose bones were found buried in his yard last month appeared in court on Monday.

Prosecutors from Monroe and Lehigh counties have charged 49-year-old Michael Horvath in the kidnapping, death and dismemberment of Holly Grim.

The 41-year-old woman was last seen in Lower Macungie Township in Lehigh County in November 2013. Horvath and Grim worked together at a company that makes church organs.

Horvath remains jailed without bond on criminal homicide and other charges.