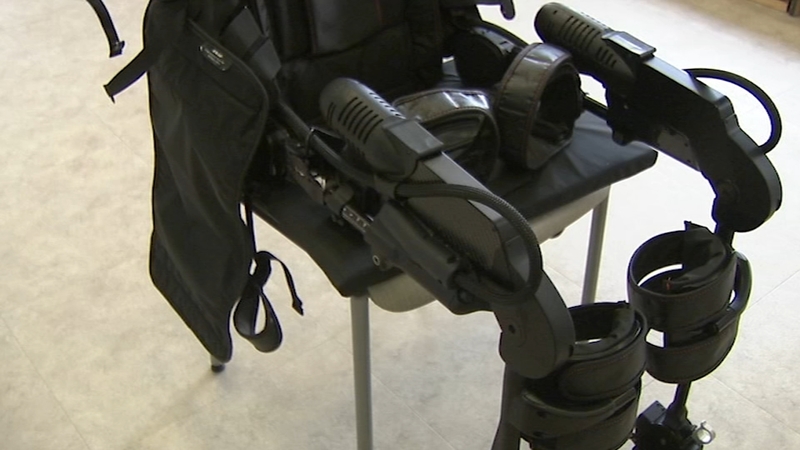 A Bucks County facility is even using a new robot to help stroke patients recover faster, and better than ever.

But thanks to an alert co-worker, Joe got fast emergency care.

Still when he began therapy later, only half his body worked.

"I lost everything, left arm, left leg, gone," he said.

Fortunately, Joe was one of the first at St. Mary Rehab Hospital to use the Ekso GT robotic walker.

The Ekso GT is a battery-powered bionic suit, an exoskeleton, which helps people re-learn standing and walking.

Spinal cord injury patients got exoskeletons first, now the FDA has Okayed them for strokes.

By assisting patients in completing steps, robotic devices retrain the brain to do normal movement.

Tom Bobrowski, Director of Therapy Services said, "The machine only allows you to do a proper step."

"I could take a thousand steps the wrong way, and learn it the wrong way - that makes you do it the right way," said Joe.

It also enables patient and therapist to do more repetitions.

"Instead of the ability to achieve 75, 100 steps during a therapy session, we're now achieving thousands of steps. The research shows you need 5, 10, 100 thousand repetitions," said Bobrowski.

As a person regains their own movement, the robot knows to do less.

Joe says in just 3 weeks, "I was jogging on the treadmill."

And Joe could also hold his new grandson again.