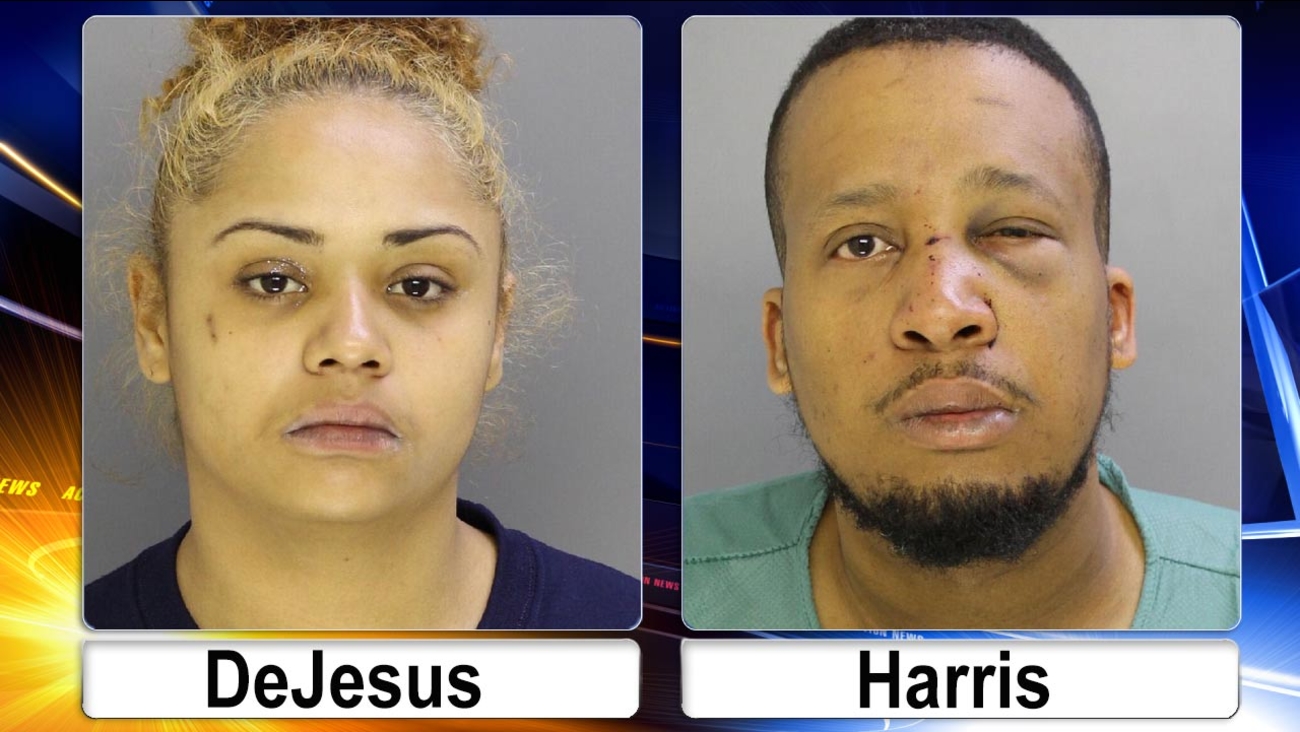 WEST CHESTER, Pa. (WPVI) -- Police say an alleged prostitute and a male friend robbed a home in Chester County after one of her customers failed to pay her for sex.

Monica DeJesus, 22, of the 4800 block of Darrah Street in Philadelphia and 36-year-old Justin Harris, of the 100 block of East Wolfert Station Road in Mickleton, New Jersey, are charged with robbery, conspiracy and promoting prostitution.

Police were called to a home in the 1800 block of Valley Drive after in East Goshen Township about 5:30 a.m. Sunday.

Harris allegedly had a gun and kicked in the door, but was overpowered by one of two residents inside, who hit Harris in the face with a fireplace poker.

DeJesus allegedly then picked up the gun and pointed it at one resident as the other ran away.

Police say they found the couple a short time later with the gun and unspecified property taken from the residence.

Investigators say DeJesus told them she had been raped inside the residence.

However, police say, further investigation showed that DeJesus was a prostitute from Philadelphia who traveled to the area, and was not paid after the encounter.

She then called Harris who was waiting in a nearby parking lot, police say.