The train struck the car around 7:15 a.m. near Rices Mill Road between the Glenside and Jenkintown stations.

Even though the train was in full emergency stop, it still managed to drag the Cadillac some 400 feet before coming to rest.

Officials think the car was left there by someone who made a wrong turn. 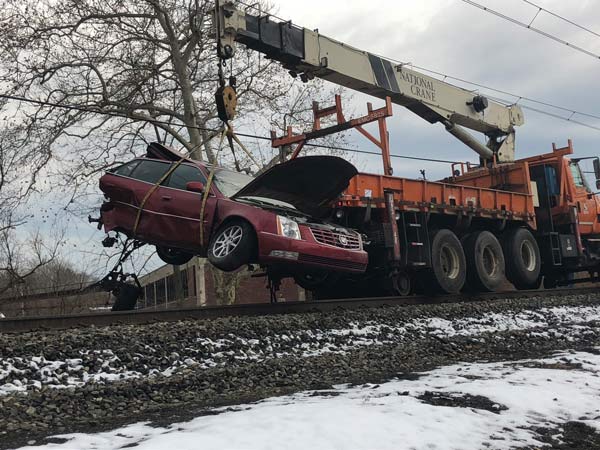 "We believe it was an elderly man who made an accidental turn and navigated off the road at the grade crossing and drove into our right-of-way," said Jim Fox of SEPTA.

As the automatic crossing signals activated for the approaching train, Fox says bystanders were able to get the confused driver out of his car.

No one on the crowded train said they were injured, though four passengers with disabilities were given assistance in exiting.

Minutes prior to impact, someone called 911 about the car on the track. That message was relayed to SEPTA just as the crash occurred.

Officials point out that there is an emergency number posted at SEPTA crossings. The goal is for people to call 911 and the SEPTA direct line.