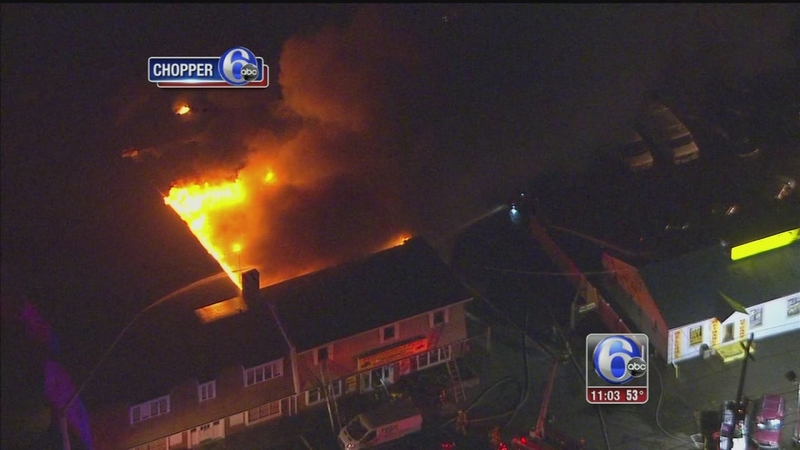 Chopper 6 over the scene Thursday morning showed the roof of the building collapsed during the fire.

Chopper 6 over the scene of the damage caused by a fire in Pennsauken, NJ.

The fire broke out around 6:00 p.m. at Performance Plus located along the 3400 block of Haddonfield Road.

Upon arrival, fire crews reported heavy smoke and fire showing through the roof. A second alarm was struck at 6:27 p.m.

An Action News viewer sent in video of firefighters battling the blaze. 70 firefighters in total were called to the scene.

The fire went to four alarms before being declared under control around 8:00 p.m., officials said.

Chopper 6 over a fire in Pennsauken, New Jersey.

The American Red Cross is assisting one person displaced from the fire. He lived in an apartment over the garage of the business.