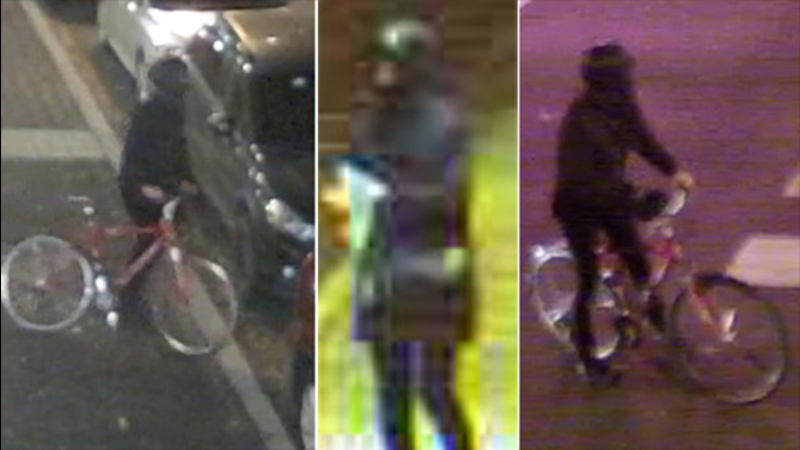 NORTH PHILADELPHIA (WPVI) -- Temple University Police are trying to identify a person of interest in their investigation into three posters found in different locations around campus that used inflammatory language aimed at African Americans.

Surveillance cameras captured images of the person who police believe may be responsible for posts at multiple locations, including the outside of a residence hall.

Temple Police Department have released these pictures of a person of interest in the campus racist flyers investigation.

Freshmen Ahmad Nixon and John Haldeman discovered one of the fliers on a column of a freshman dorm on Wednesday.

In a statement released Friday, Temple University President Richard Englert said in part: "First, let me state once again the university's position: These fliers were disgusting, intimidating and hateful, and they have no place on our campus. They do not represent the Temple community that I have known and loved during the last 40 years. Personally, I found the fliers despicable, and it breaks my heart that this occurred at Temple."

"Events like these are deeply disturbing and require a strong response. They are also opportunities for us to show the world how members of the Temple community come together to fight bigotry and hatred. We will not allow such incidents to define us," Englert said. 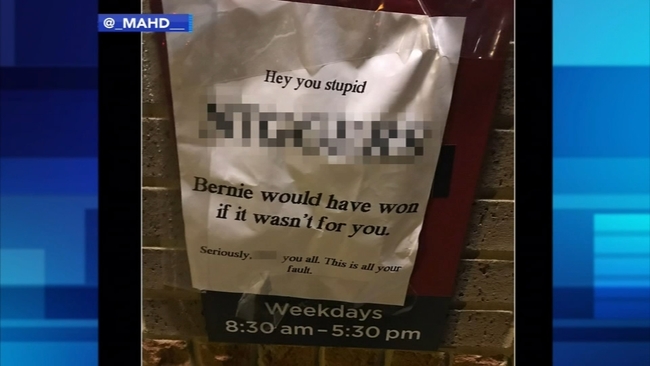