Mother could face charges after child abandoned in Kensington 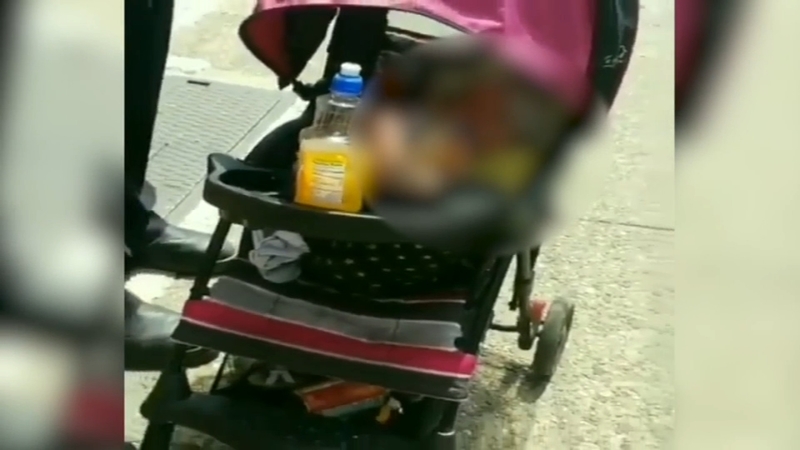 PHILADELPHIA (WPVI) -- Investigators with the Special Victims Unit are talking with the woman who they say left her toddler in Kensington Saturday morning.

Philadelphia police are still investigating the circumstances around why the child was left there, and have not said what charges the woman will face, if any.

They say the child is safe with family members.

Video of the young girl in a stroller drinking a bottle was posted by No Gun Zone Philadelphia, an anti-violence organization.

Dayday Allen said he saw the girl on Saturday.

"The baby's sitting on E and Clearfield, in a stroller, by herself, no socks on, soaking wet, scars on her face and hands," Allen said.

Police say the toddler, who appeared to have abrasions on her face, was left with a stranger who called police after the child's mother didn't return.

Police: Mother found of child abandoned in Kensington. Trish Hartman reports during Action News at 10 p.m. on May 5, 2019.

She was taken to the hospital for evaluation, but police still didn't know her identity.

Police released the child's image on Saturday evening, and with the public's help, they were able to identify the girl and her mother.

Neighbors near E Street and Clearfield say they are still stunned by the whole ordeal.