Police say that another vehicle may have caused the riders to swerve into each other.
WPVI
By 6abc Digital Staff 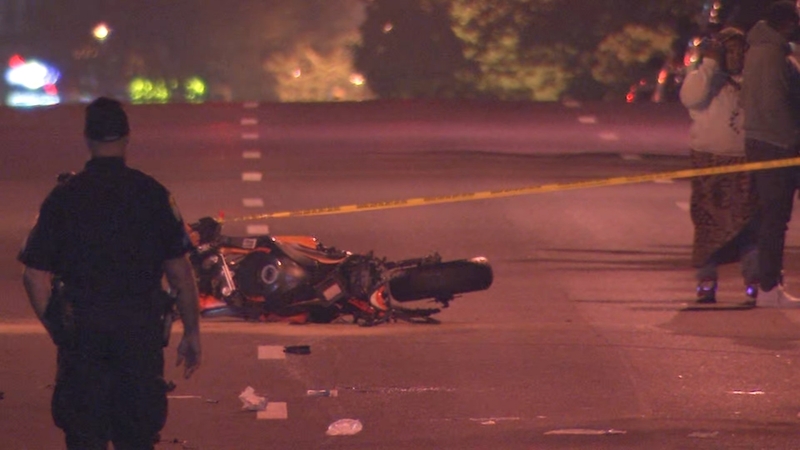 PHILADELPHIA (WPVI) -- A man and a woman are in critical condition following a gruesome crash in Philadelphia's Feltonville neighborhood on Monday night.

It happened around 9:30 p.m. on the Roosevelt Boulevard near Rising Sun Avenue.

All three victims were reportedly traveling together with a group of other motoryclists.

The collision caused one of the motorcycles to crash into the back of a parked and unattended tractor-trailer.

Police described the crash as very violent, adding that some of the victims suffered very traumatic injuries.

Small said the impact sheared off the 38-year-old man's leg.

Police found the man and 24-year-old woman unresponsive at the scene. They were both taken to Einstein Medical Center in critical condition.

The 30-year-old woman was found conscious and taken to Temple University Hospital. She was suffering from numerous bumps and bruises but is expected to survive her injuries.

Small said debris from the motorcycles, sneakers from the victims and bone fragments were found at the scene.

According to authorities, another vehicle may have caused the riders to swerve into each other.

Police said the license plates on both bikes fell off in the crash, but were recovered by officers.

Investigators are interviewing witnesses and gathering nearby surveillance videos in hopes of finding more clues into what caused the crash.